The view from my hotel room, with downtown Surat Thani just across the river.

While Amy was at her 10-day silent meditation and yoga retreat near Chaiya, I headed out to the islands nearby off Thailand’s east cost. The main local gateway to the islands is the town of Surat Thani, where I spent a night each before and after my time on the islands. I was pleasantly surprised by the area and enjoyed my time here–it’s too bad nearly all foreign tourists just transfer buses here and keep moving.

What I Did in Surat Thani

First Stay: I arrived in Surat Thani after lucking into a free ride from a couple who had intended to join Amy’s retreat but ended up not being able to and were heading back in the right direction. I don’t know what I did to deserve that piece of great luck, but after a restless overnight train ride from Bangkok I was exhausted and grateful. After checking-in and dropping my things off, I headed straight out to explore the small downtown and try to find some lunch.

After wandering around for almost an hour I ended up at ยกเข่ง (Yk k̄hèng), a small shop/restaurant without any english signage that seemed to be serving a quite-popular pork and noodle soup. I settled in, pointed at a nearby bowl, and got a delicious lunch for only 1.5 USD. At close to 90 degrees and sunny, I was struggling a bit and also stopped at a Cha Payom, a stripped-down Thai tea/coffee chain and treated myself to a 0.75 USD iced milk chocolate that really hit the spot. 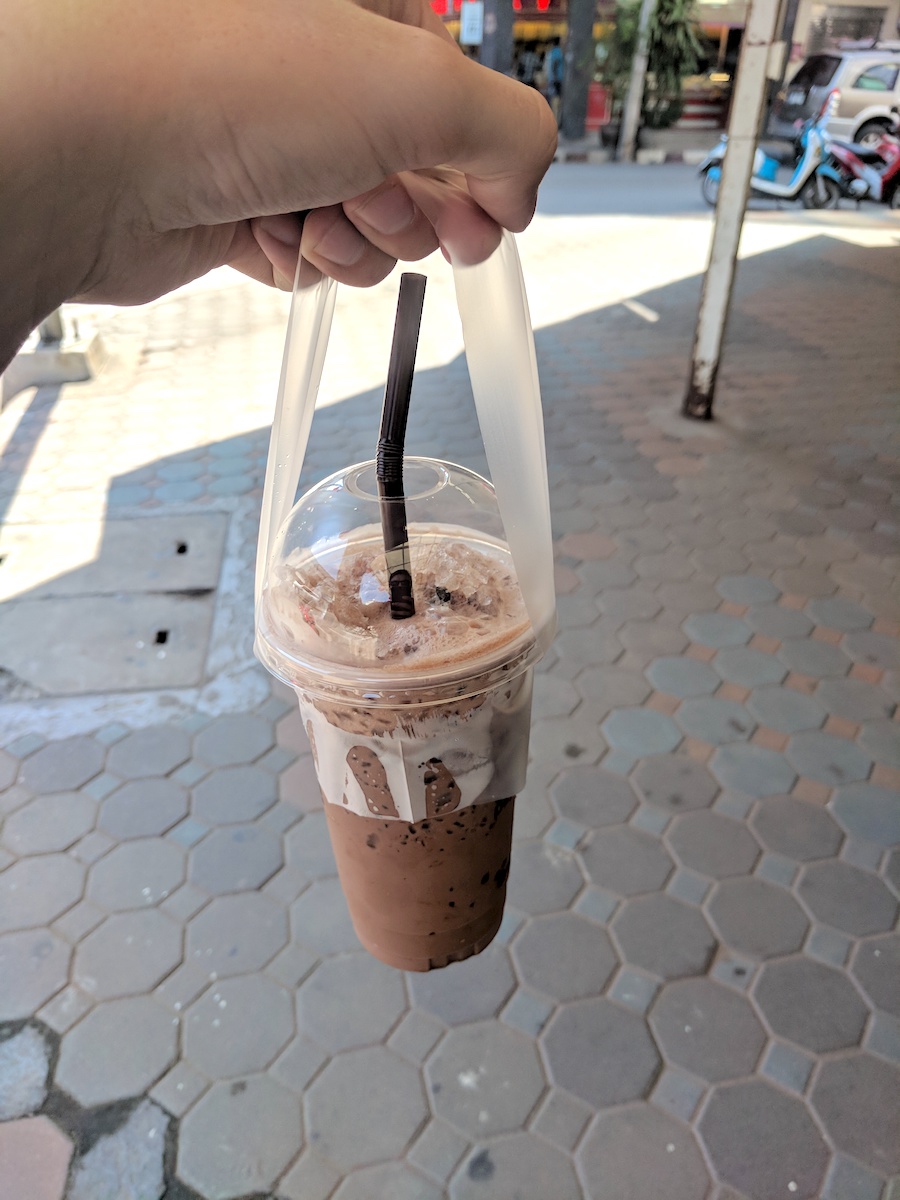 After taking some time to relax, cool down, and get used to being alone for the first time in five months I headed back out to find dinner. I first tried the Surat Thani Night Market, a well-lit few blocks completely packed with food vendors and locals flitting around enjoying their snacks. After making a circuit of the place I decided it was a little busier than I could mentally handle with how tired I was and walked down to the riverfront along Bandon Road where there are about a dozen food cart vendors who set up tables and chairs on the riverfront promenade, so you can enjoy your dinner in a civilized way right by the water. I had some excellent fried noodles, a beer, and a banana pancake for dessert, all for under 5 USD total. 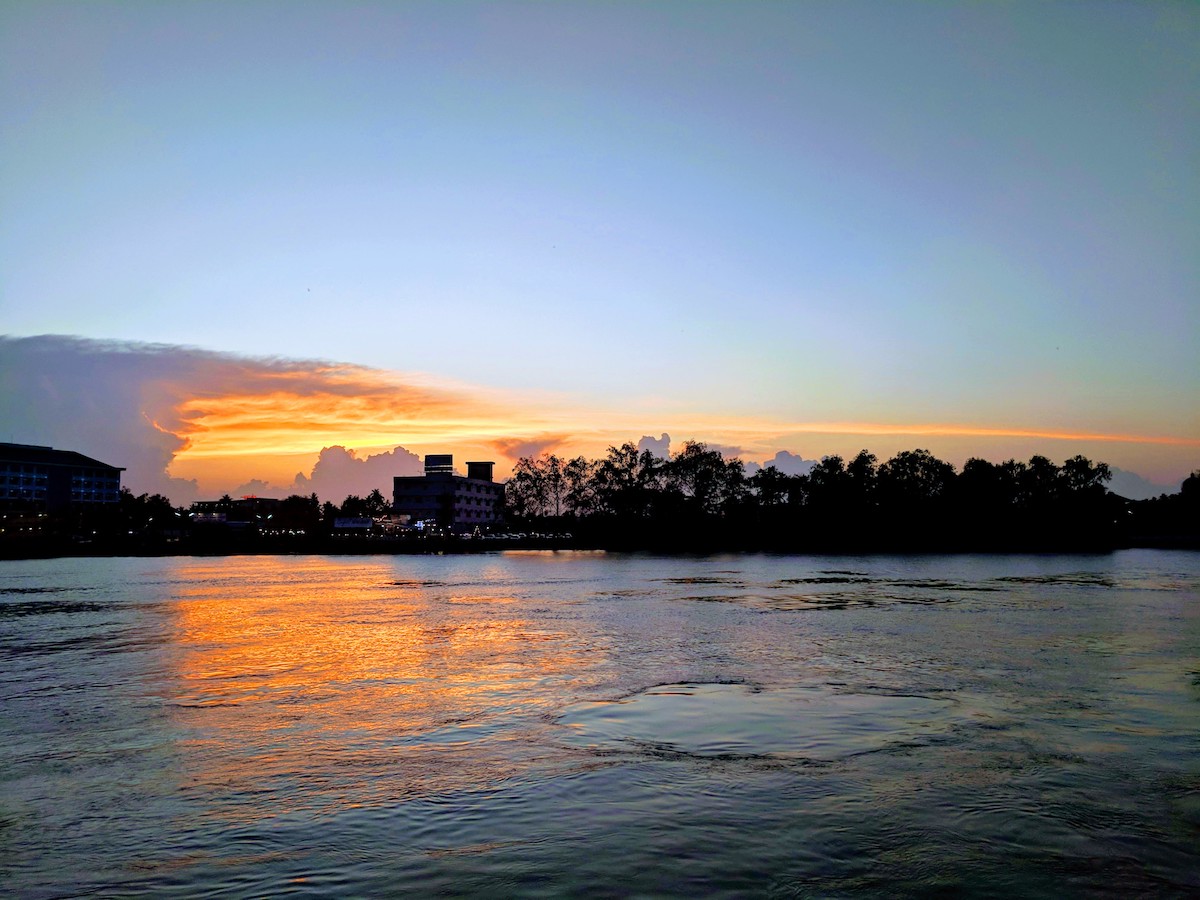 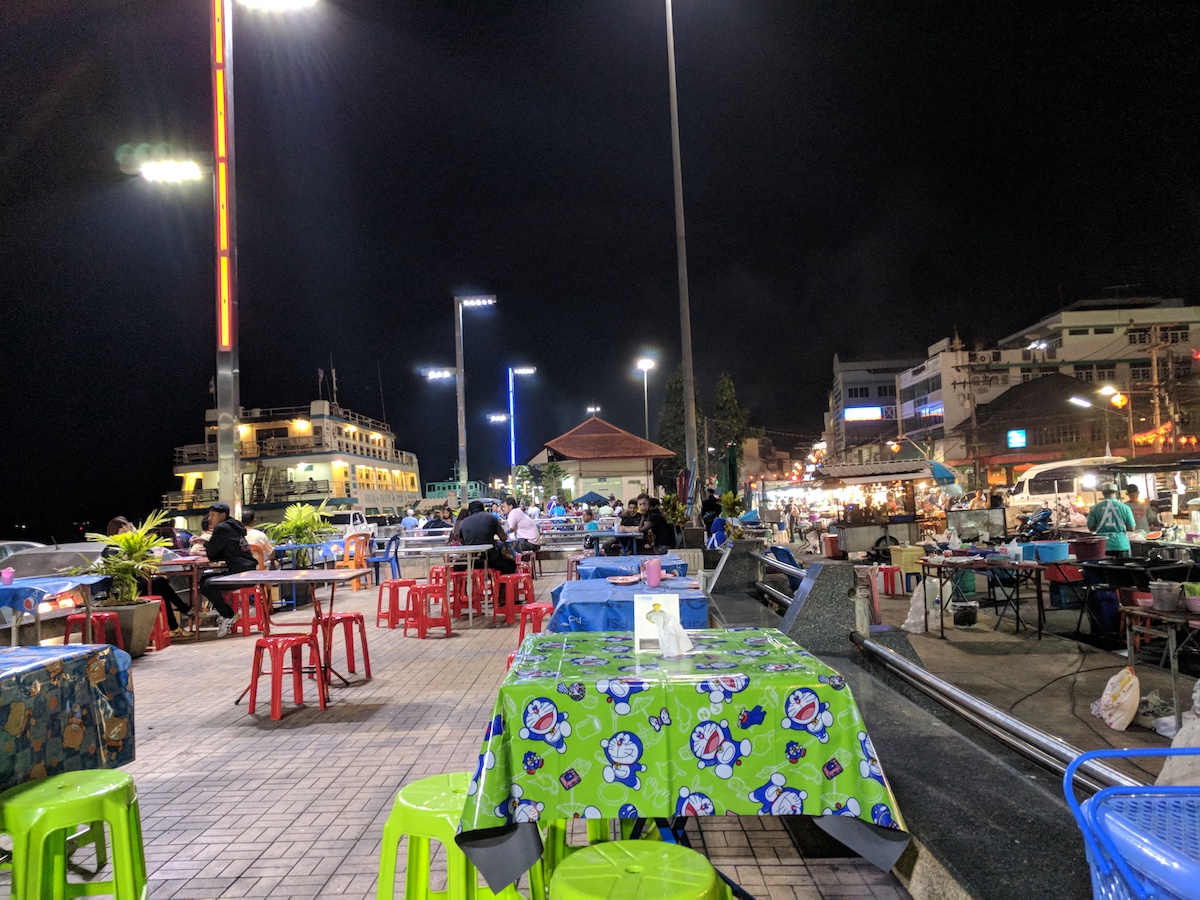 In the morning, I had to be at the Seatran Bus Terminal by 8:30am, so I had a quick hotel breakfast and used my first Grab Car (an Singapore-based alternative to Uber) to get there smoothly.

Second Stay: I arrived from Koh Phangan a little after 3pm, enjoyed the slightly-cooler weather on my milelong walk from the bus stop to my hotel, and then got right to re-living the things I liked about my first stay. I had another iced chocolate milk to cool off, and then for dinner headed back to the waterfront promenade and had another lovely, relaxing meal. Now I’m waiting for Amy to appear at the hotel so we can head off to Krabi and our west coast of Thailand adventures.

To make it easy on myself I booked the same hotel for both stays: CBD2 Hotel. The sister hotel of the original CBD Hotel, it’s not actually right in the middle of things, but rather just across the bridge from everything going on in downtown. This meant a slightly longer walk to restaurants, but also a cheaper, more relaxing stay at the hotel itself. The building seems to be almost brand new, and the rooms are the kind of thing I’d expect at a mid-market hotel in the US, not a cheap hotel in Asia. 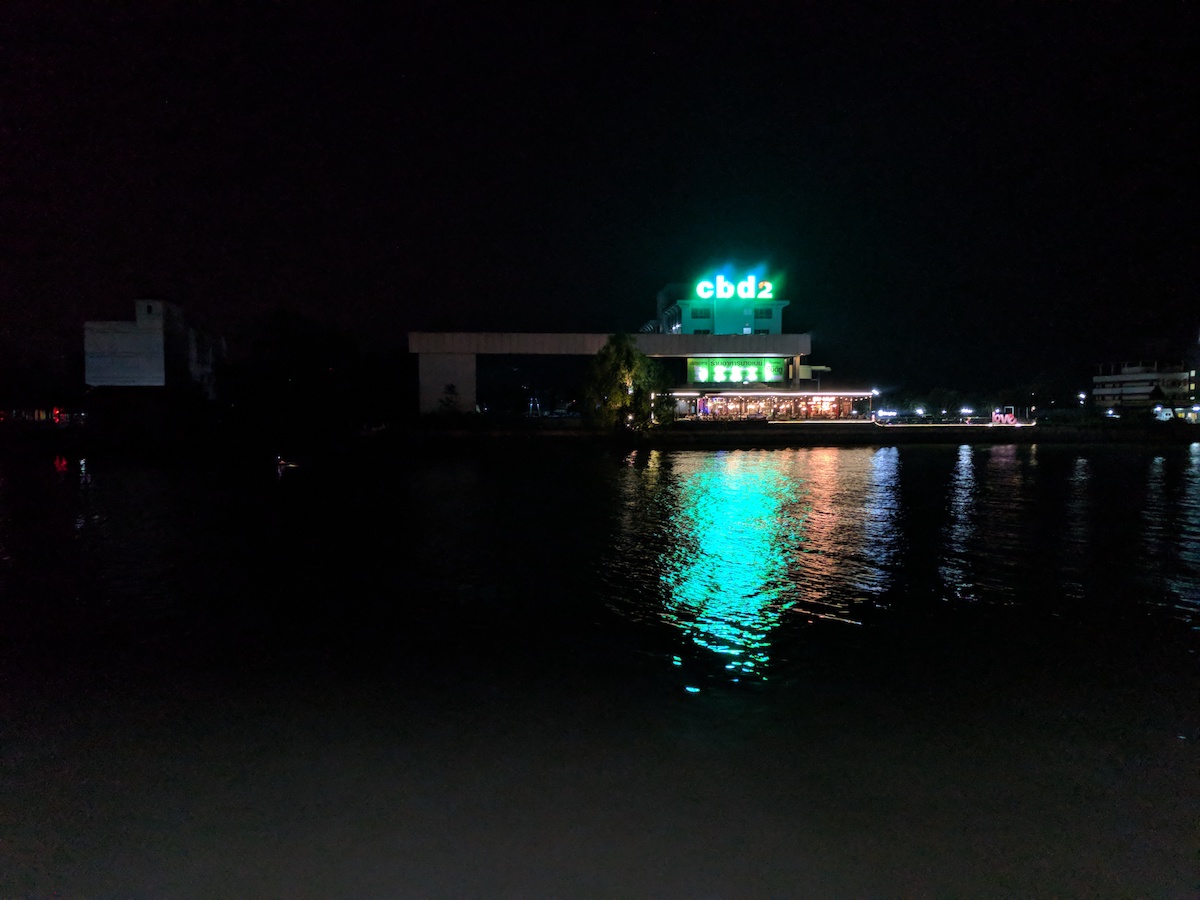 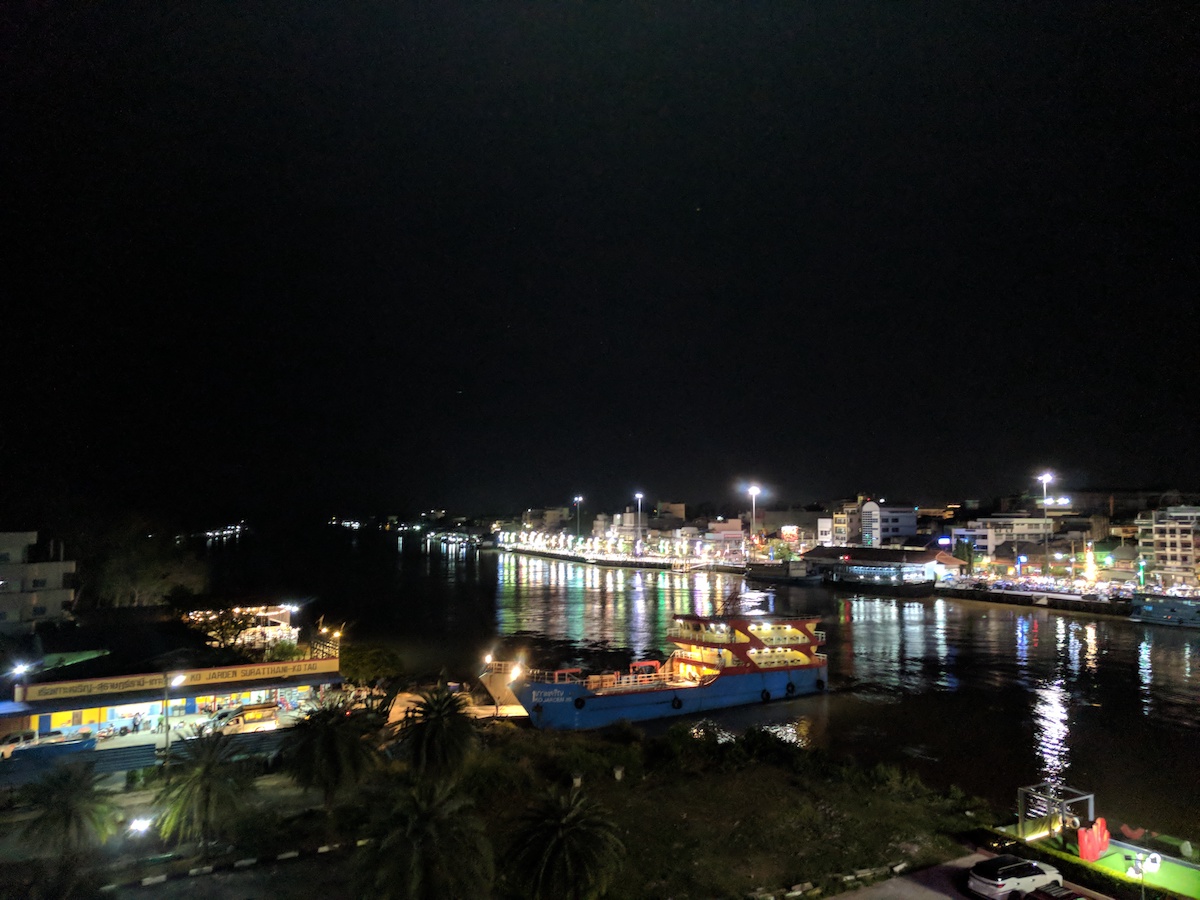 How I Did with Our Budget

For my time in Surat Thani, we had budgeted as much as 42 USD a night for accommodations, since there was a chance Amy would end up joining me if she wasn’t able to start her retreat. I ended up spending only 30 USD a night for a really lovely room at CBD2. We had also budgeted 8 USD per day per person for food and 10 USD per day per person for entertainment for our time in Thailand. Out of that planned 18 USD per day for just me, I ended up spending only 11 USD per day on average, with nearly everything being much cheaper in Surat Thani than out on the islands. 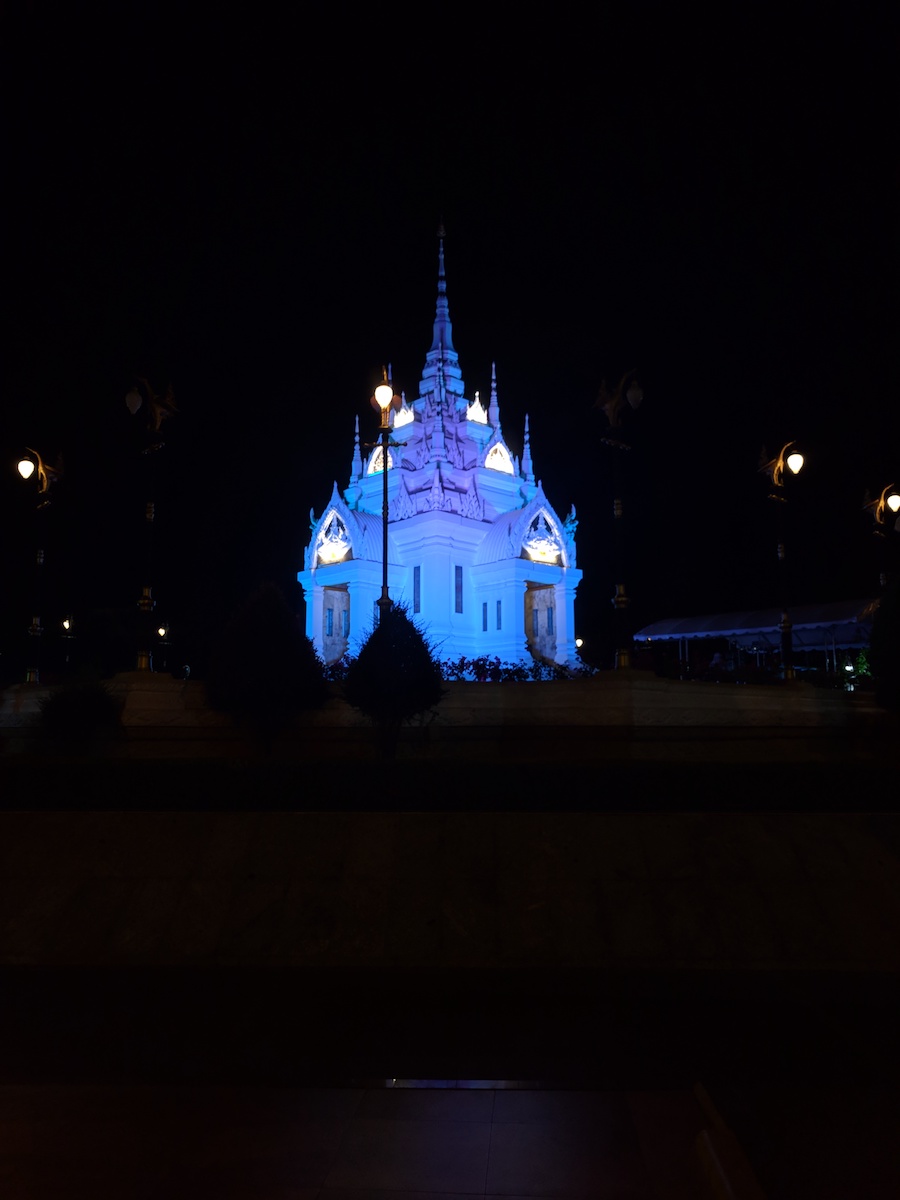