Berlin: A Walk in the Park

For me, visiting Berlin is second only to Vienna (and DC of course!) for the sense of coming home, which is funny considering that I’ve never actually lived there. Still after trips to visit friends and family plus trips just for fun, I’ve been to Berlin four times in the last 10 years.

Three years ago, Nate and I came with my family on vacation to Berlin and we saw all the tourist attractions, with a tour of the Reichstag being the highlight. This time around, we really just added Berlin because I thought I’d be able to catch up with a friend. It was too long to go straight from Prague to Copenhagen by train and so we had to choose either Berlin and Hamburg for a short stay. When there was a chance I’d get to overlap briefly with my friend who lives in South Africa, it was a no brainer. Plus, we love Berlin.

In the end, the overlap didn’t materialize but I’m still glad we decided to come to Berlin anyway instead of rerouting to Hamburg because I really needed the break Berlin offered. 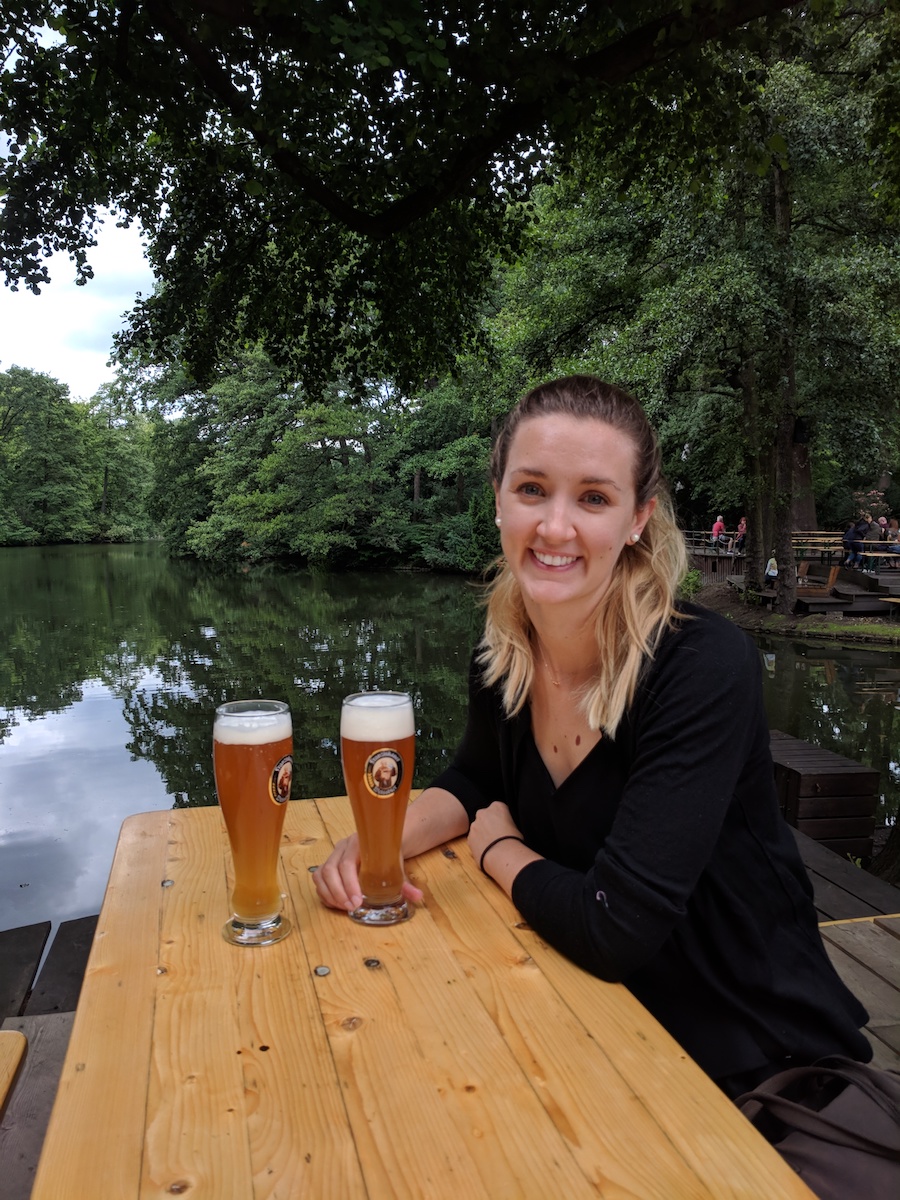 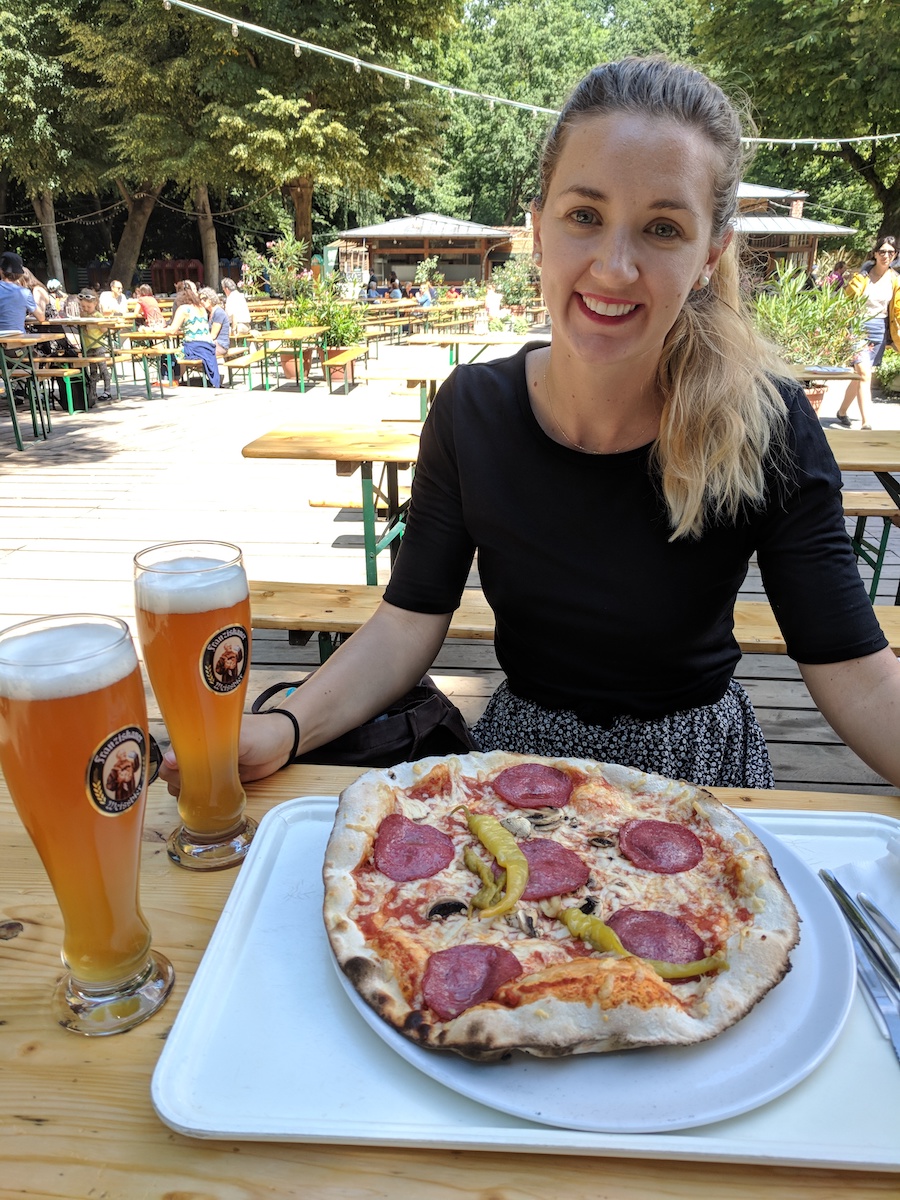 Not much. The most eventful part of our time in Berlin was visiting the public library where I had to dust off my rusty German skills to negotiate the printing lab so we could print our boarding passes for our flight from Copenhagen to Dublin in a little over a week. My German wasn’t perfect but I saved us 46+ USD thanks to Ryan Air’s crazy fees for printing boarding passes at the airport.

Beyond that, we spent the vast majority of our time in the Tiergarten Park. We considered going outside of the city for a longer hike but we were honestly pretty tired and not feeling motivated, so instead we enjoyed the winding trails of the Tiergarten. The Tiergarten reminds me a lot of Central Park in New York but I like it better. A serious contributing factor in how much more I enjoy the Tiergarten is the beer garden on the edge of it. Cafe am Neuen See was a great reprieve from the heat and touristing for us three years ago and so we had to make another visit this time around. Well, one visit became two and then even though we had every intention of going elsewhere, it became three. Yes, beer is overpriced but there are lots of outdoor tables, the World Cup was on the TV, and you can rent row boats. So, to us the extra cost was worth it. 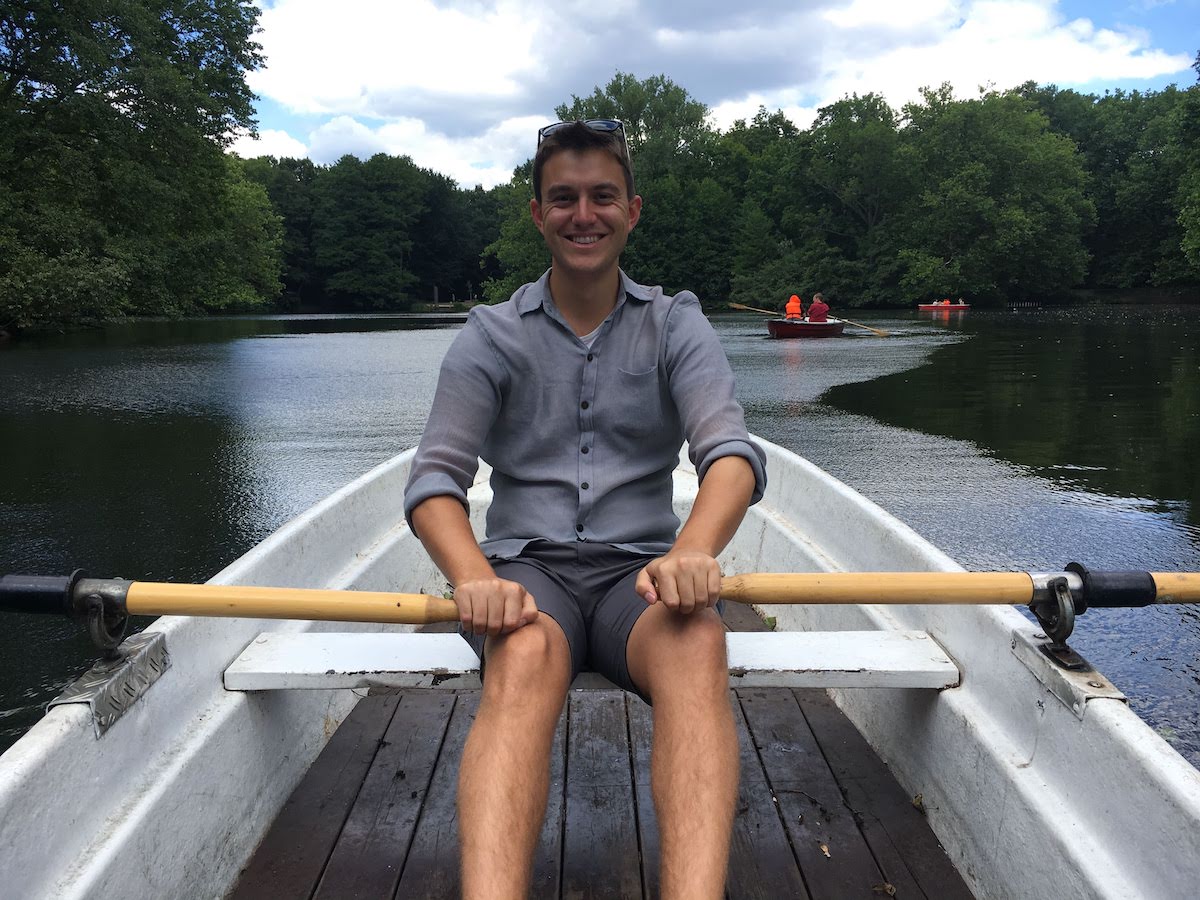 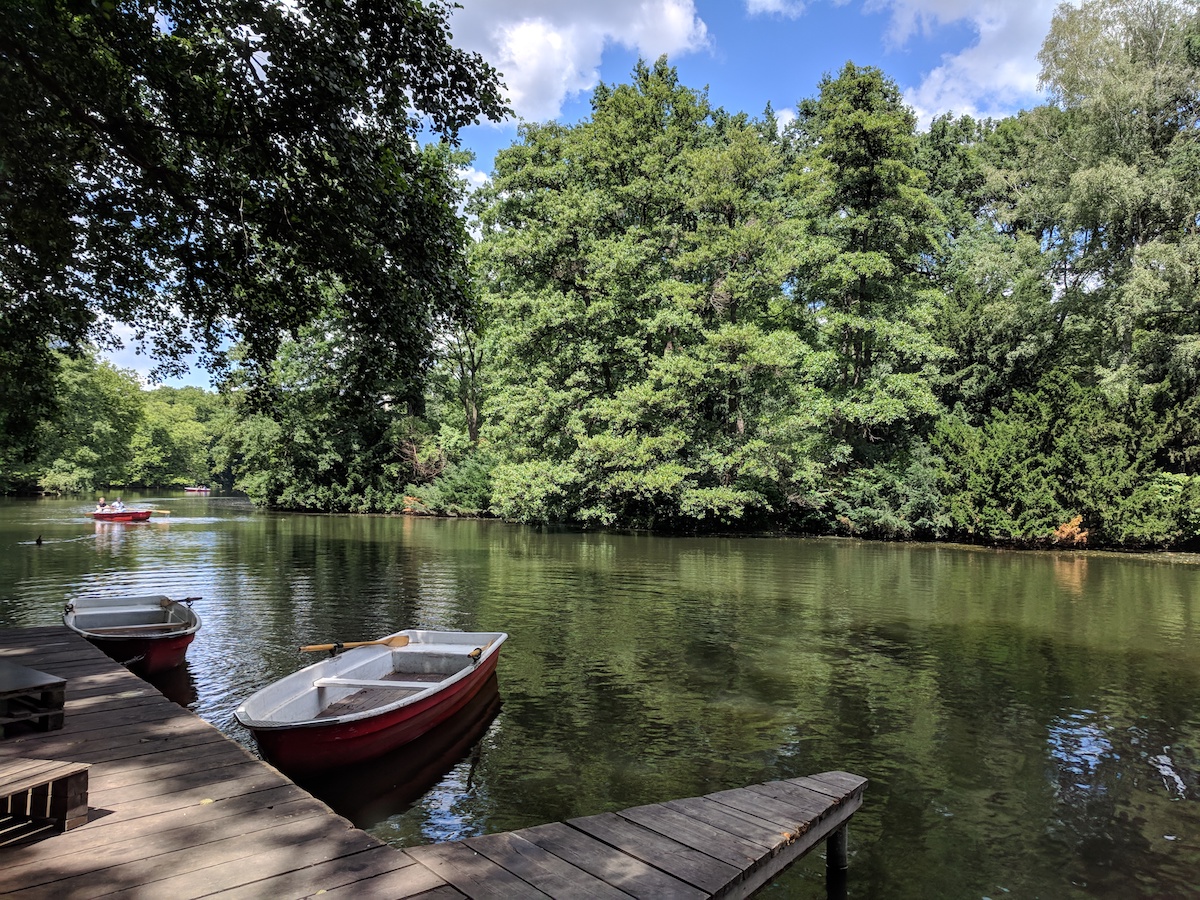 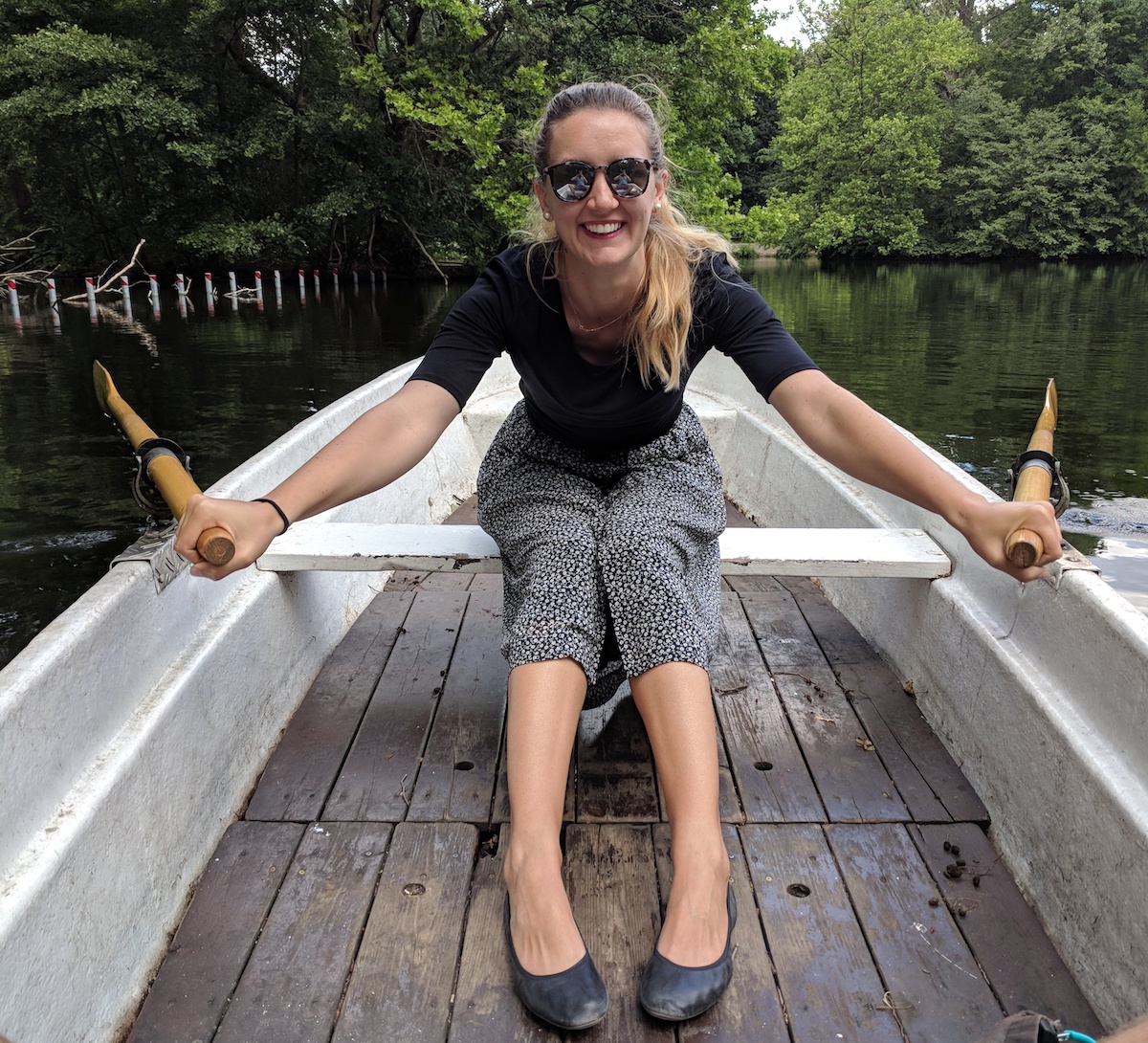 Rowing around in the Tiergarten.

Speaking of boats, we also made use of their row boats on our last afternoon. When we are visiting the camp/cabins Nate’s family goes to in up-state New York, we always go out in row boats each morning. It is peaceful, a little exercise, and I love it. Rowing along in the small pond was not as good as being at camp but it still made my heart happy.

The only other notable stop we made was at Mustafa’s Gemüse Kebap in Kreuzberg. I don’t think there has been a time I went to Berlin and didn’t eat at this little stall. The line is always long but the food is cheap and delicious and piled high with veggies. Nate didn’t enjoy it as much as he remembered but it was exactly as delicious as I remember. Pair it with a Club Mate and I really couldn’t be happier. 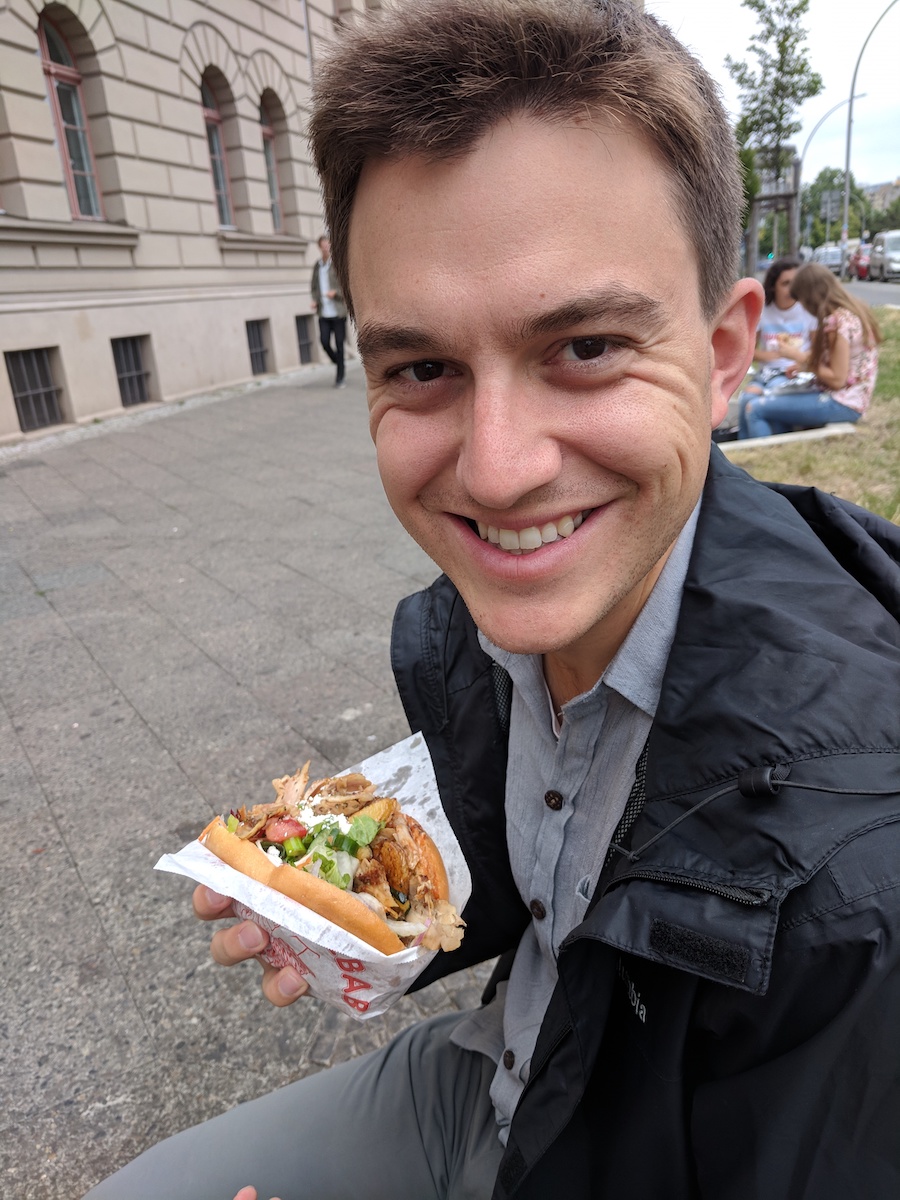 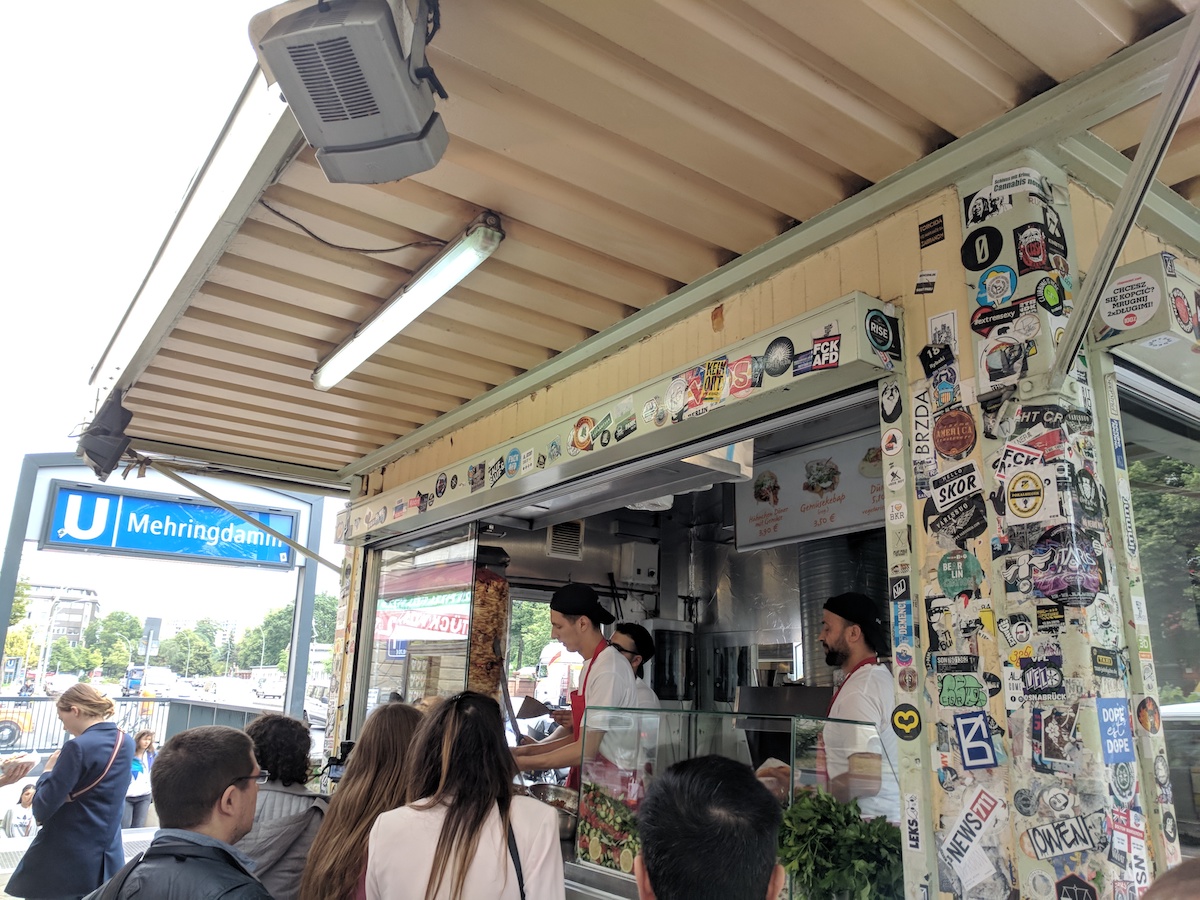 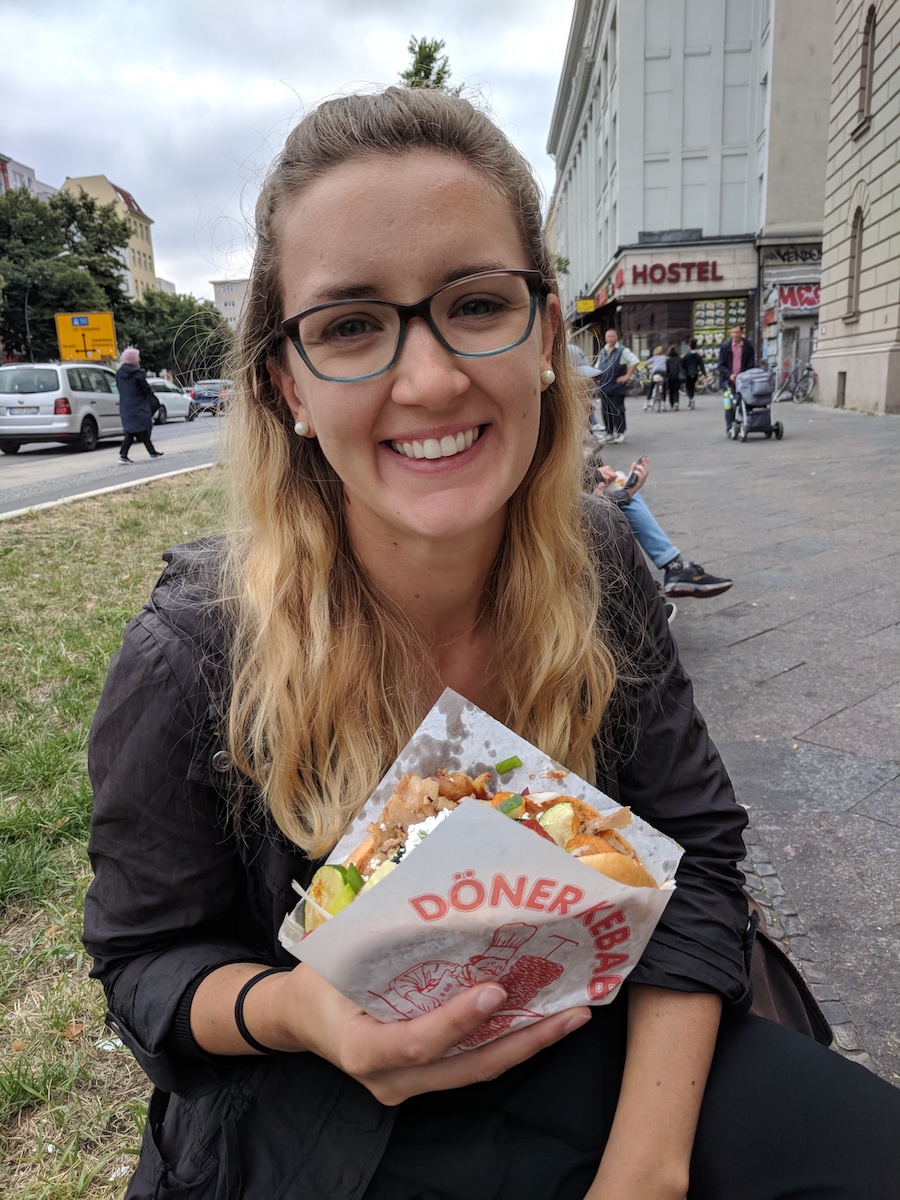 Sometimes You Need A Break

Compared to all the other places we’ve visited, both in Europe and elsewhere, this is an extremely sparse itinerary. To some extent when we got to Prague, I was feeling drained. Partly it was the lack of proper sleep while I was in North Carolina for my sister’s wedding but it was also that after so long traveling and planning everyday, we hadn’t had a lot of rest days. When we were in India we spent one day hiding out in the hotel enjoying the air conditioning and there have been restful days while one or both of us have been sick but especially the month we spent in Italy was a lot of activity. After awhile that level of activity sightseeing and generally walking 10 miles a day can add up.

I’ve loved traveling this year and I love seeing new places, trying new food, and traipsing around cities without much of a plan at all. I also love laying in the park reading a book in the sun until I fall asleep. Both of these are wonderful. As we get toward the end of the trip, I want to make sure we spend enough time reading in parks or sleeping in the sunshine because the real world is going to catch up with us soon and I am going to need a fully charged battery when I get back to face it (I’m looking at you Trump, Congress, and Justice Kennedy…). We’ve given ourselves this wonderful gift of travel but we have to make time to rest, even if we end up walking almost ten miles on our rest days anyway. 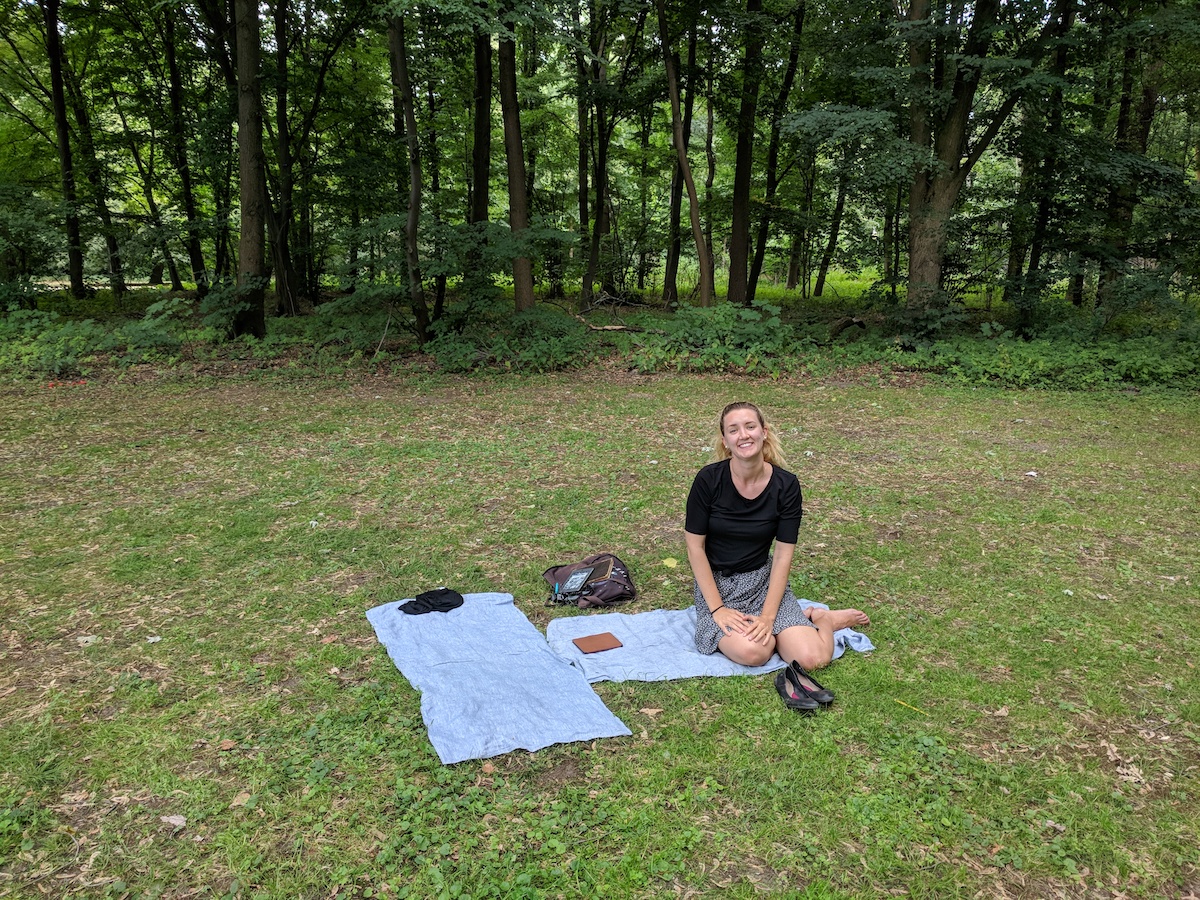 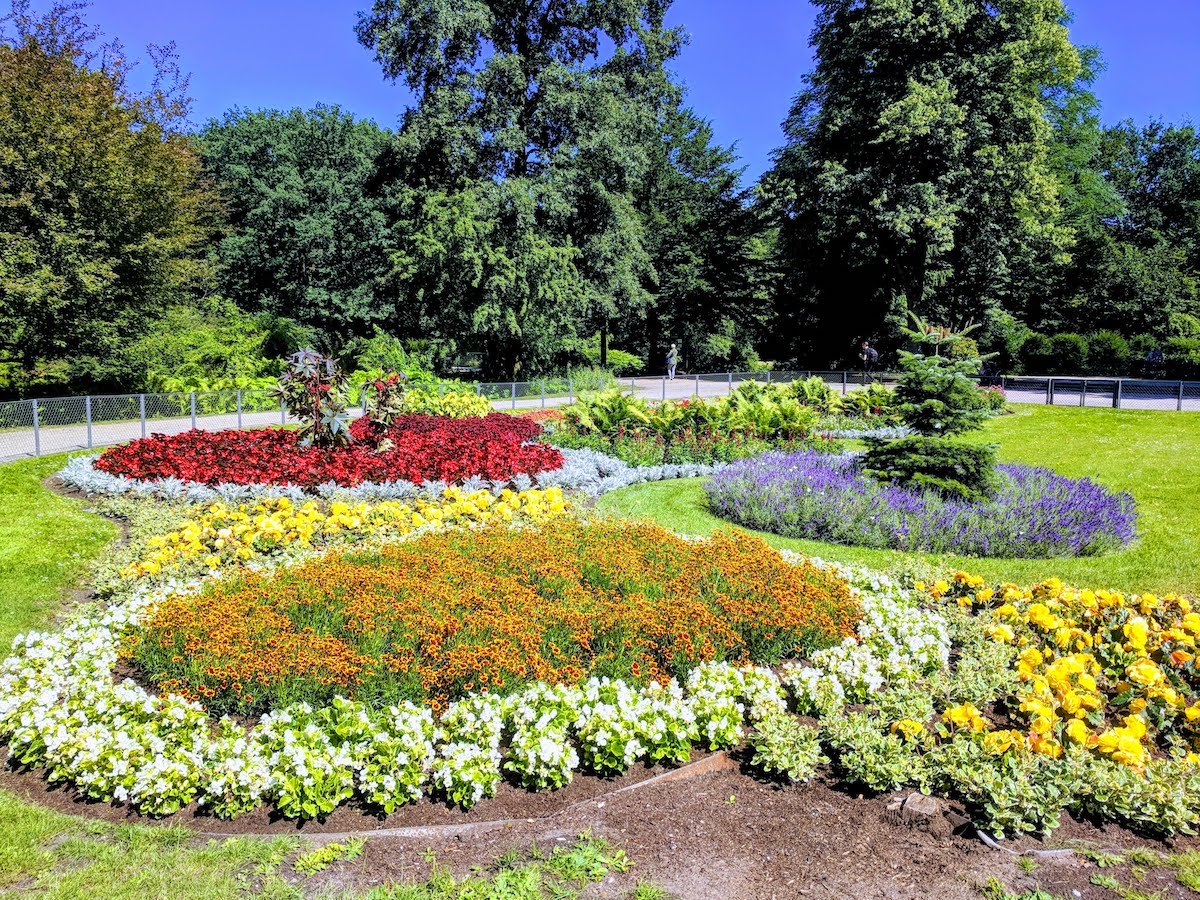 A Blast from the Past

Just so you know that we did in fact do many of the “must do” things in Berlin. Here is a brief look at our trip 3 years ago, when I had much less hair. 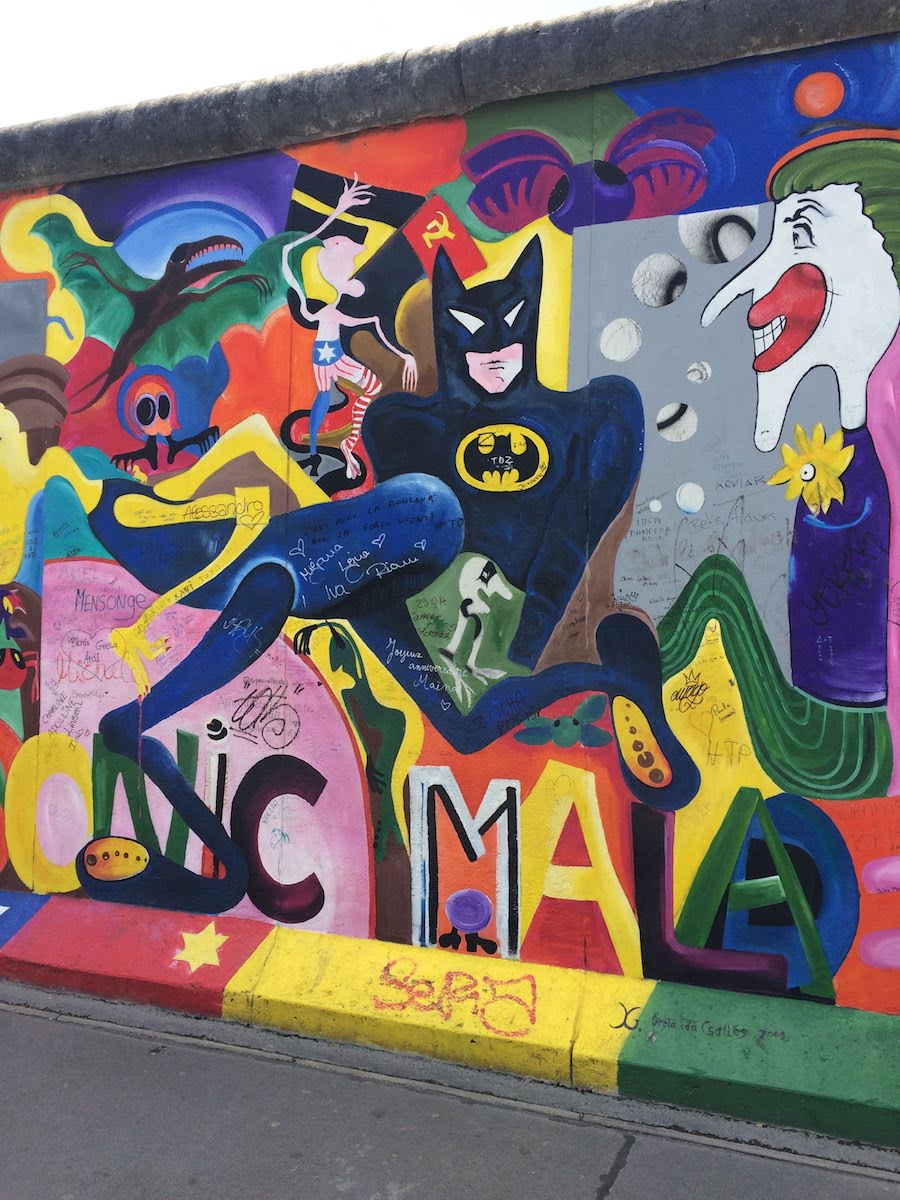 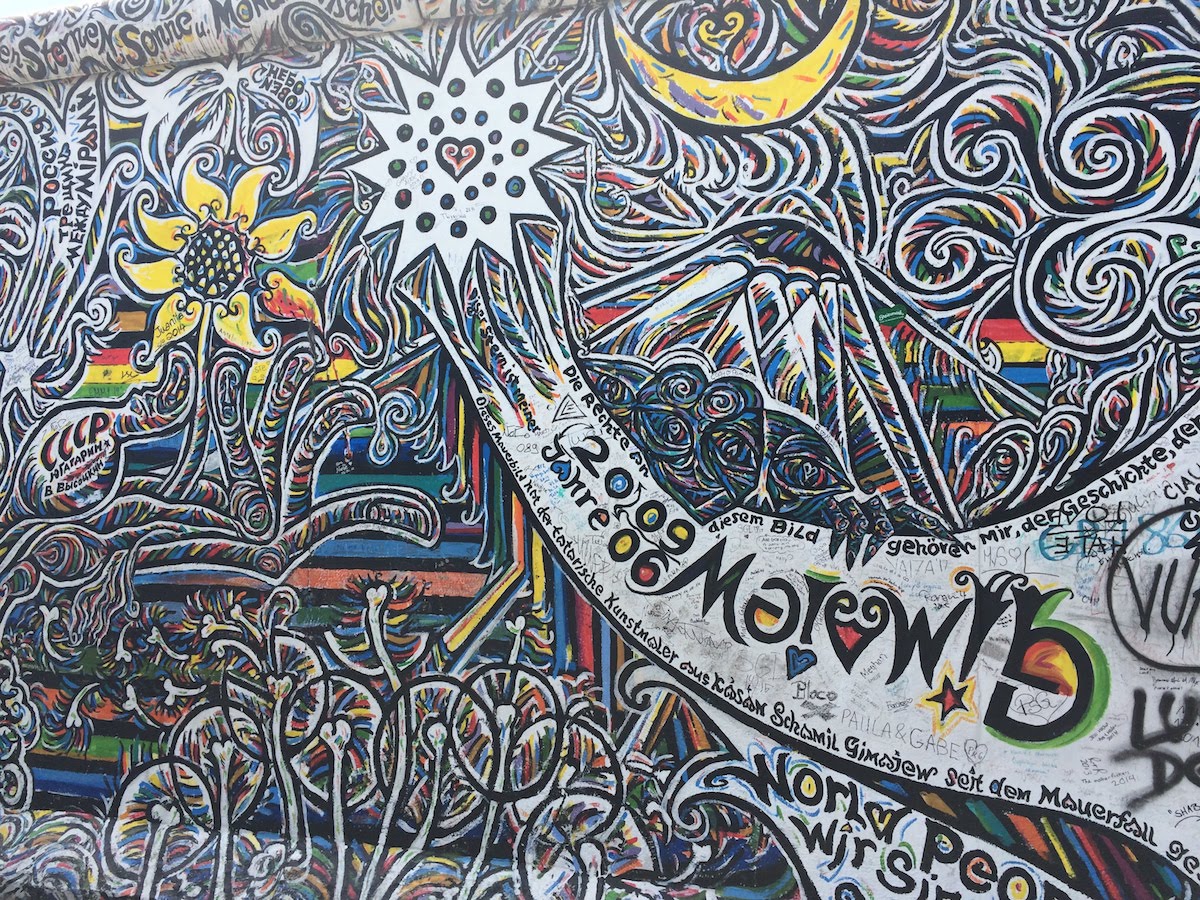 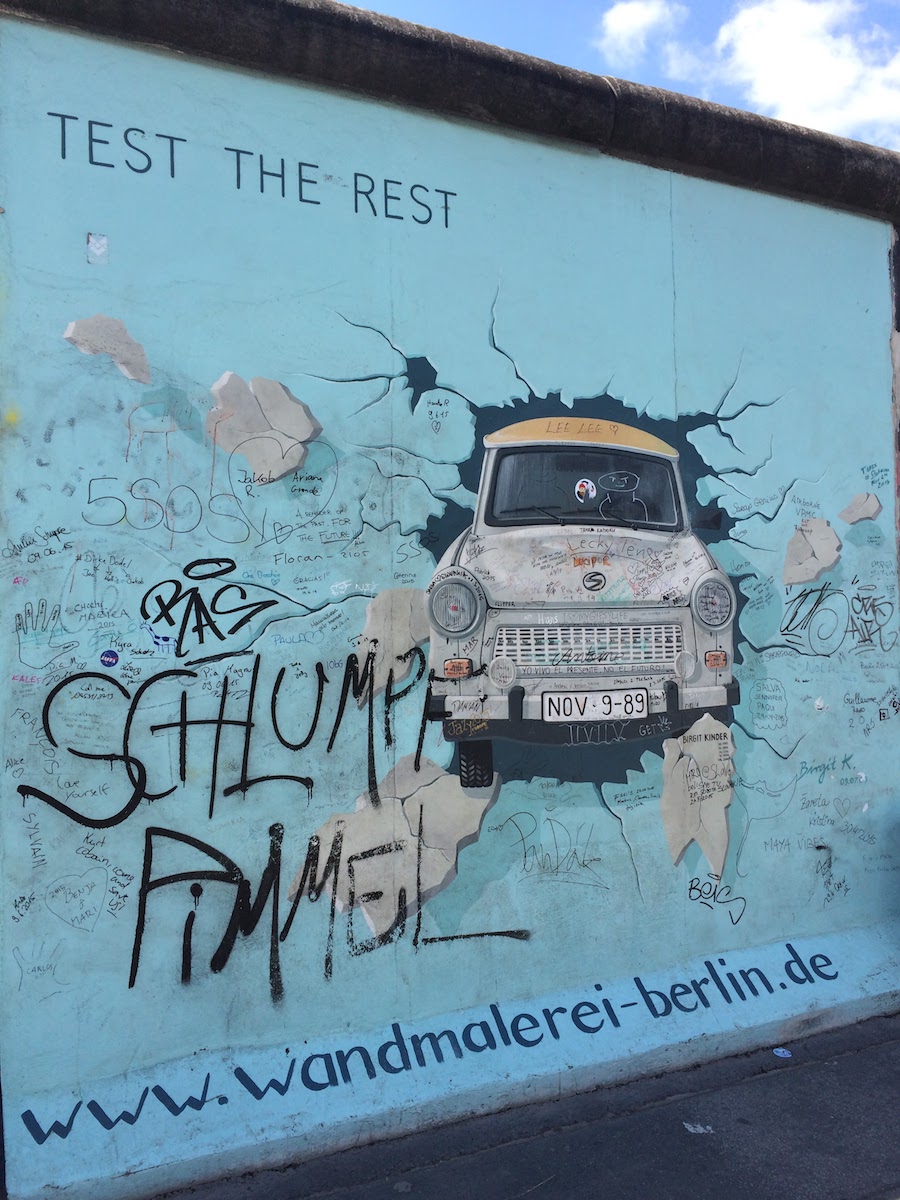 Portion of the Berlin Wall At the East Side Gallery. 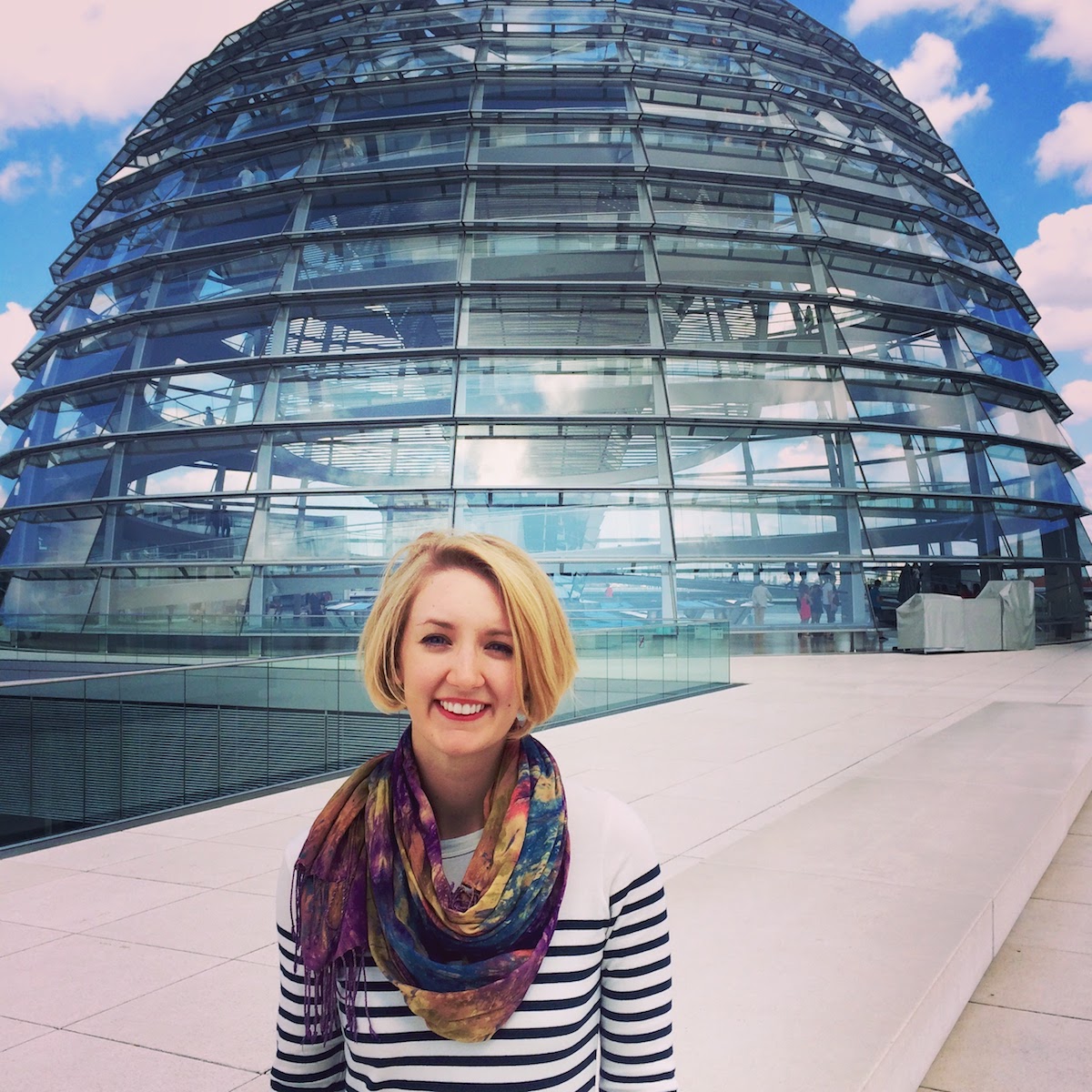 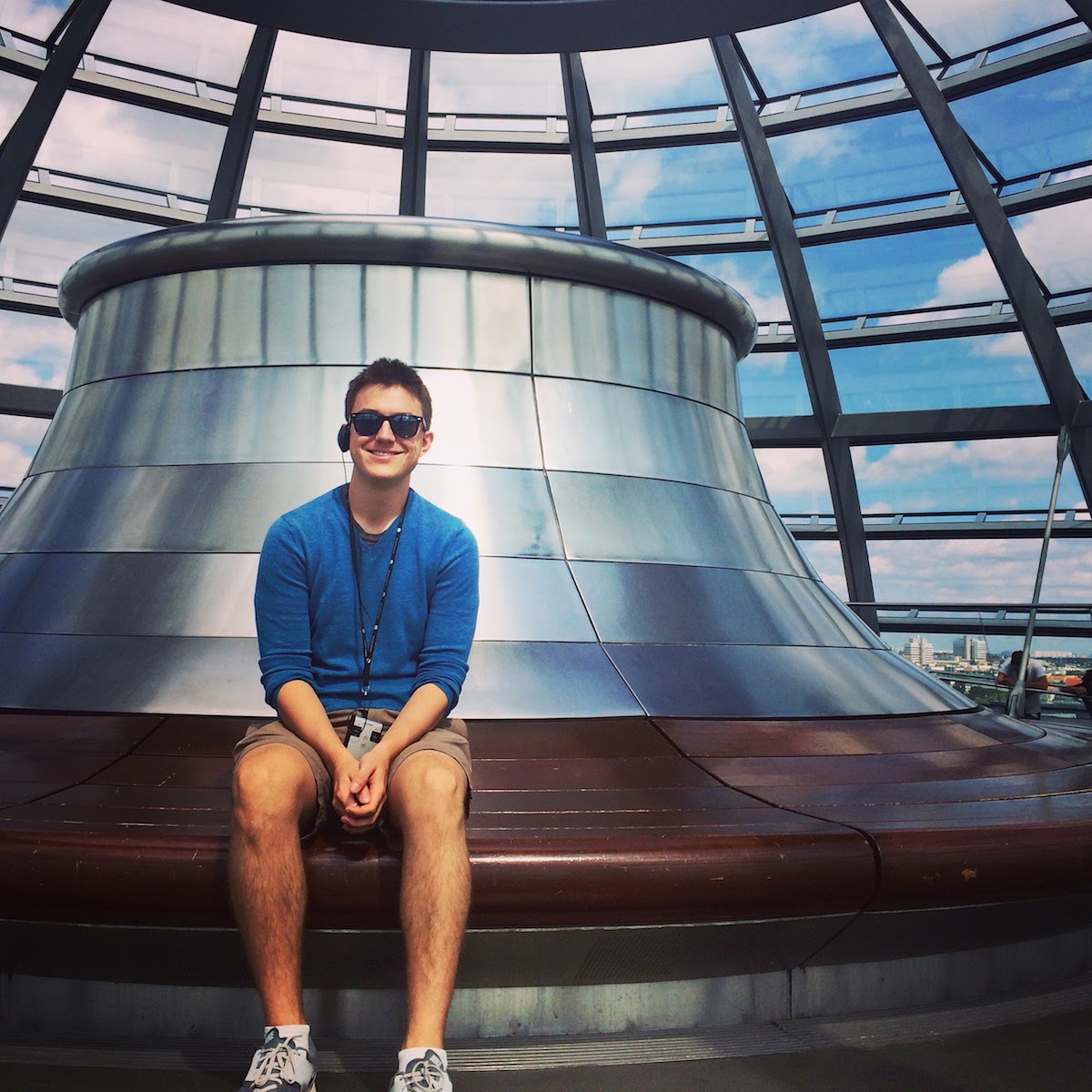 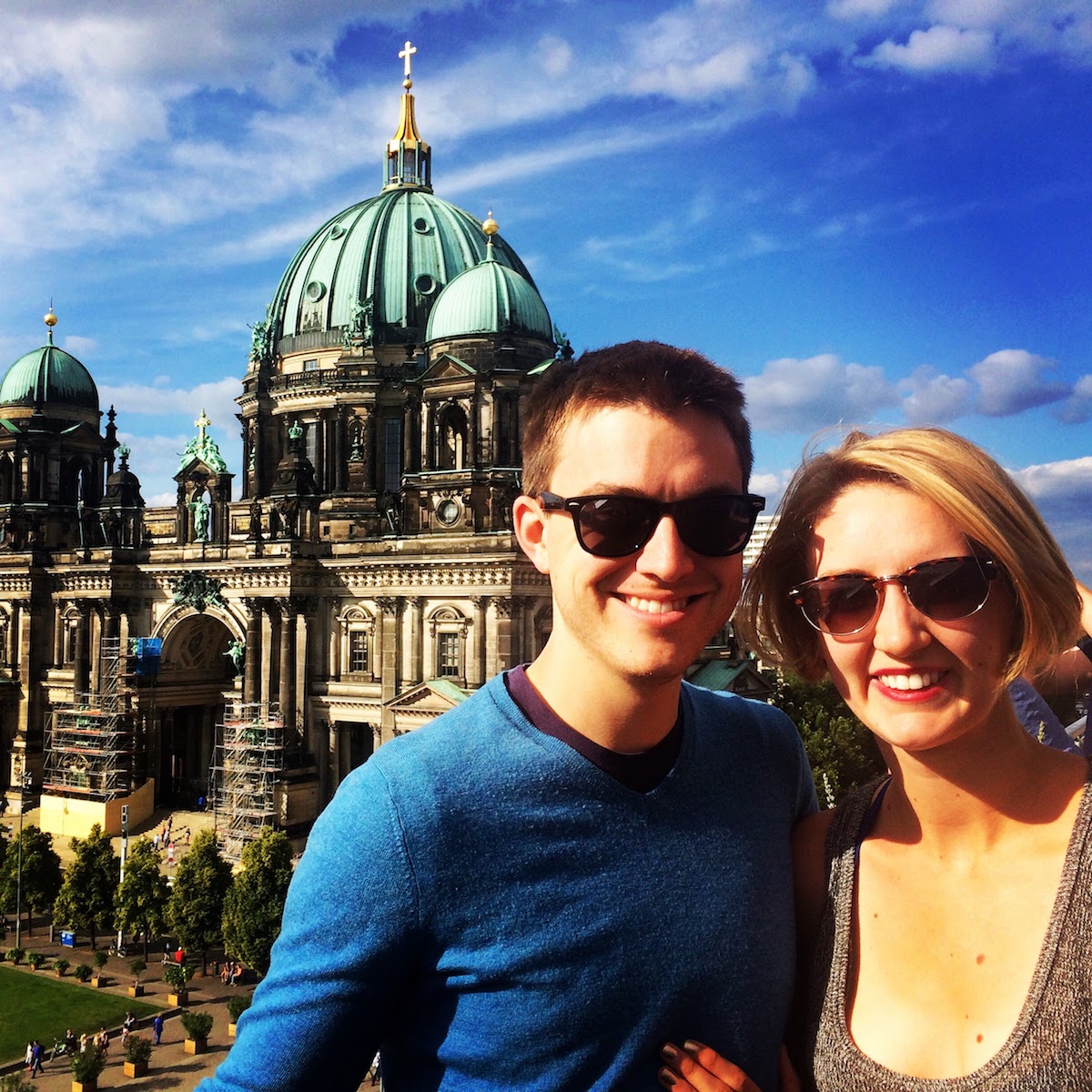 Doing a tour of the Reichstag building. 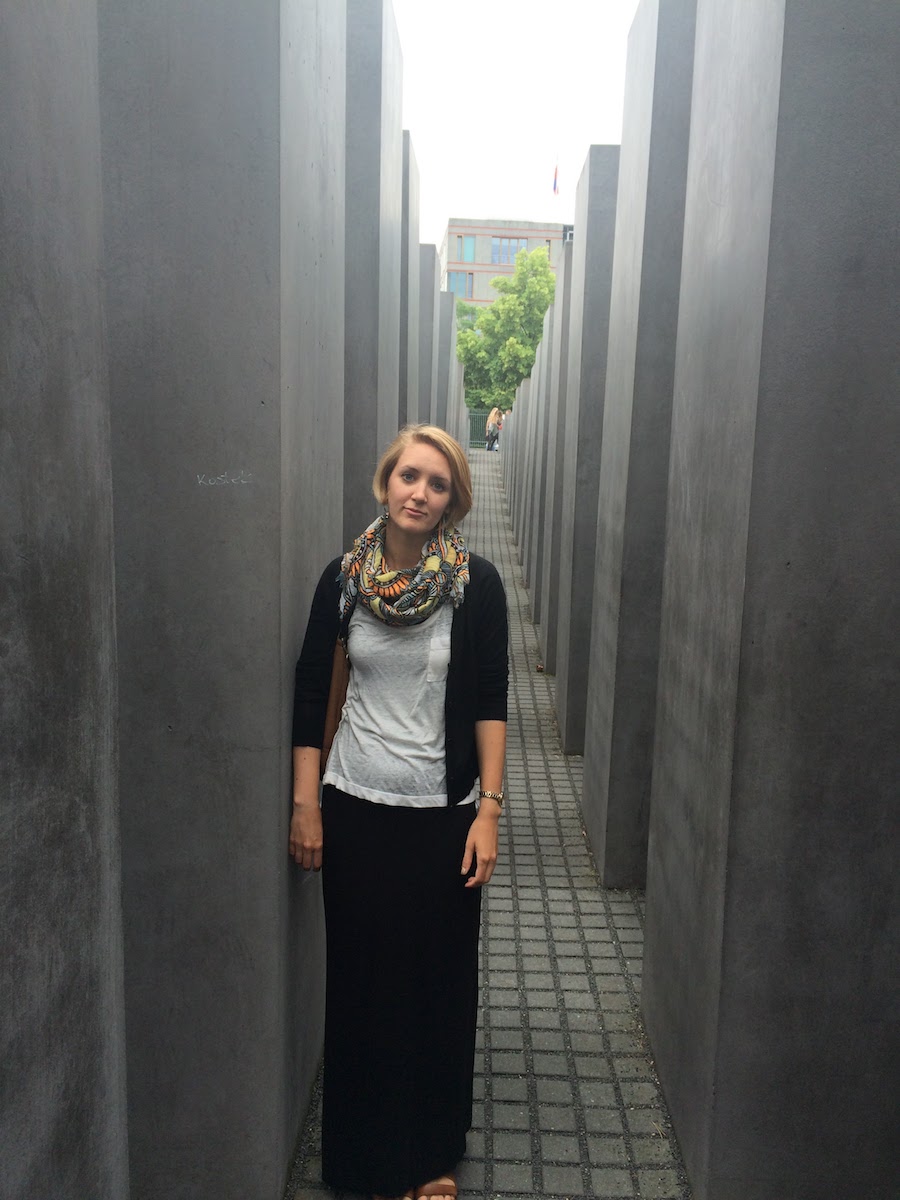 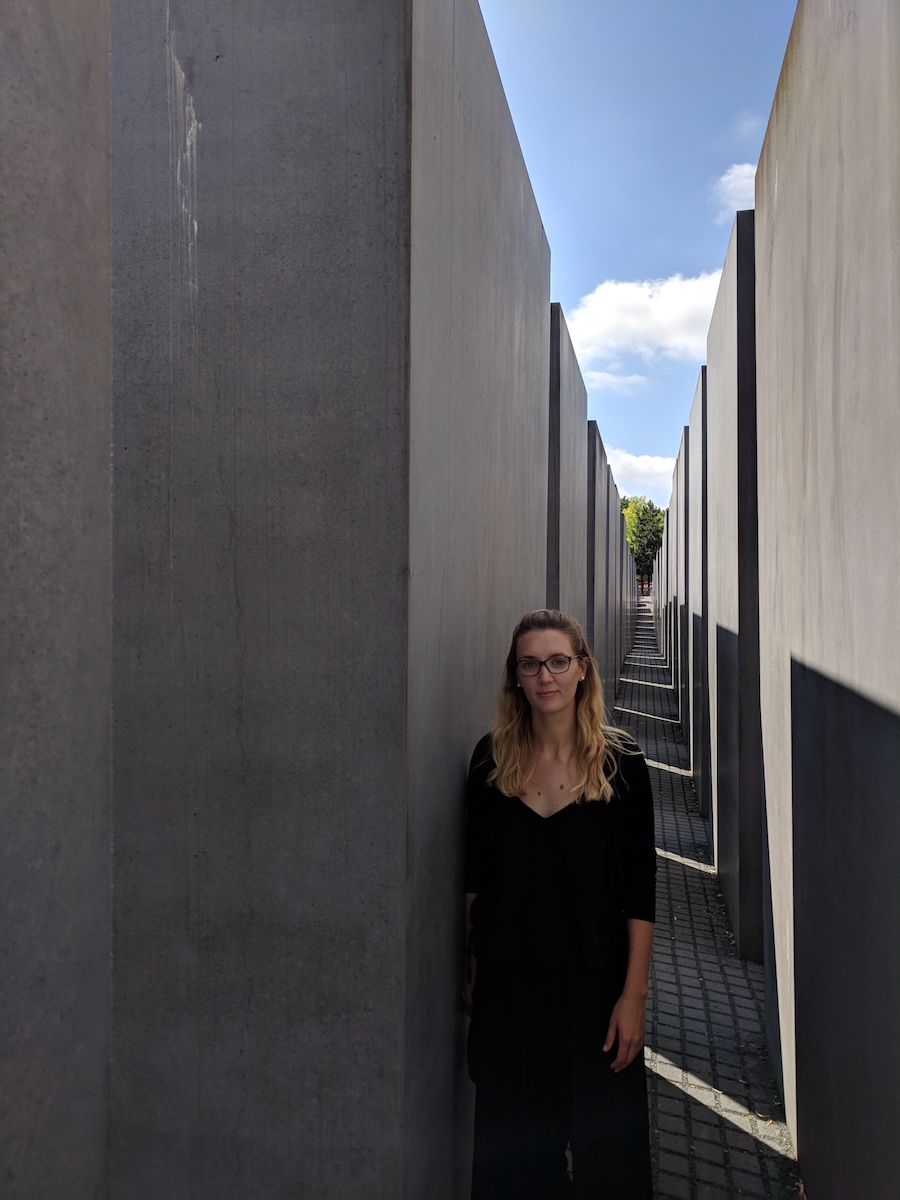 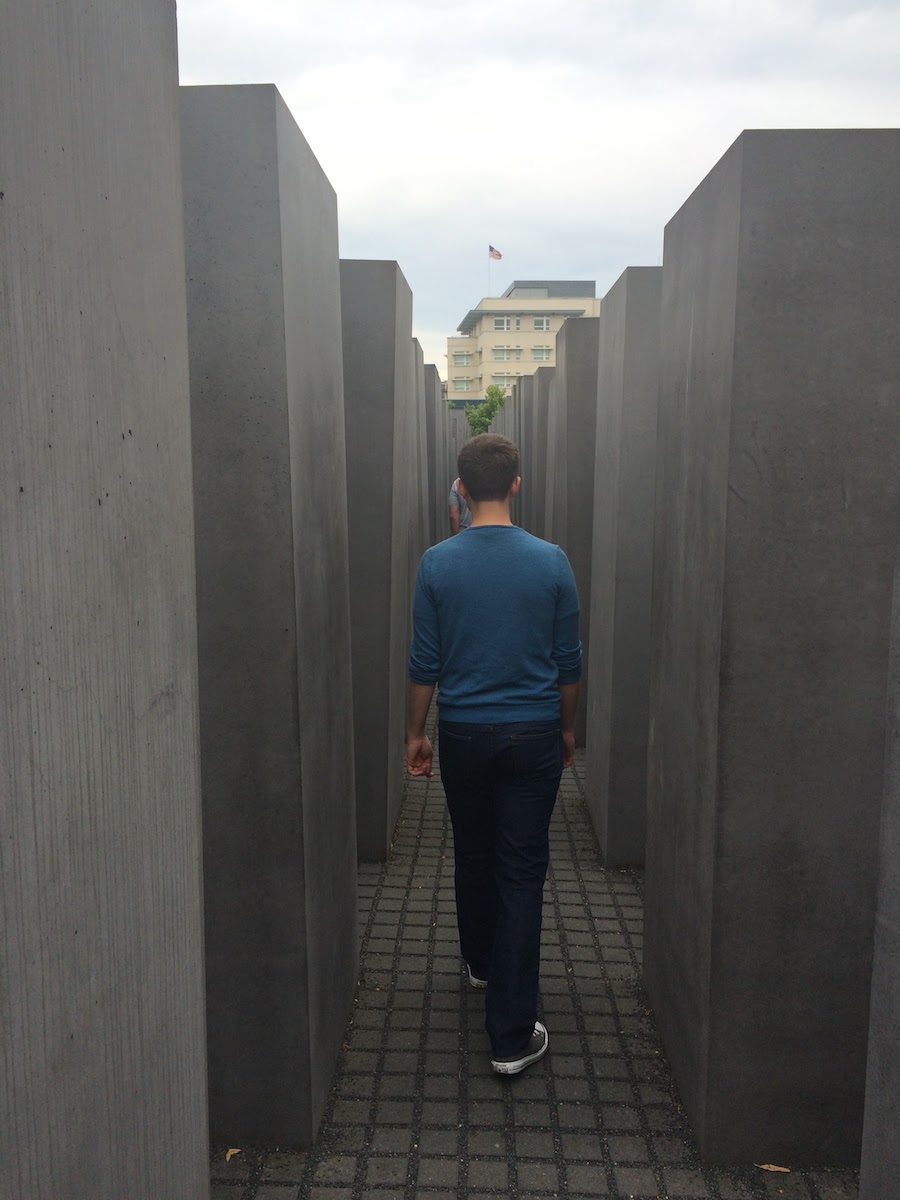 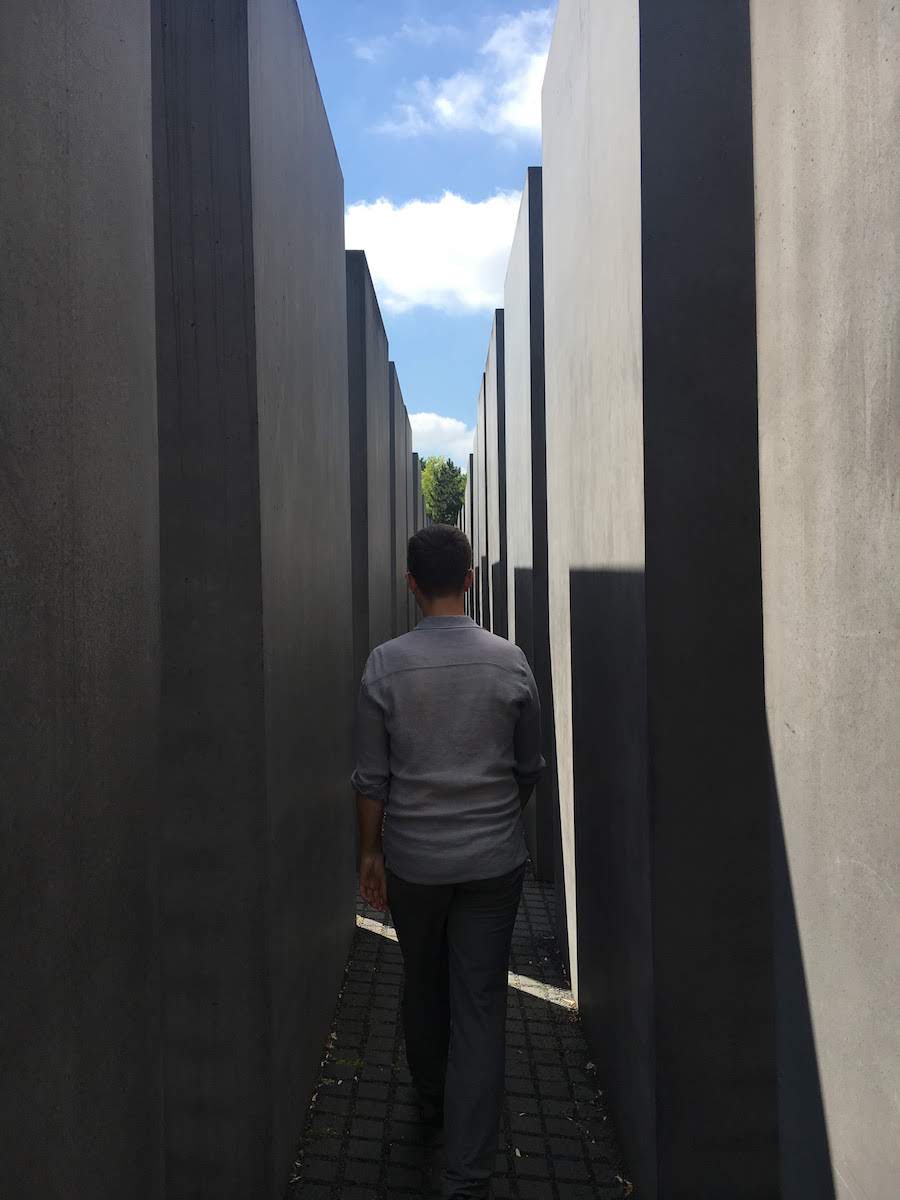 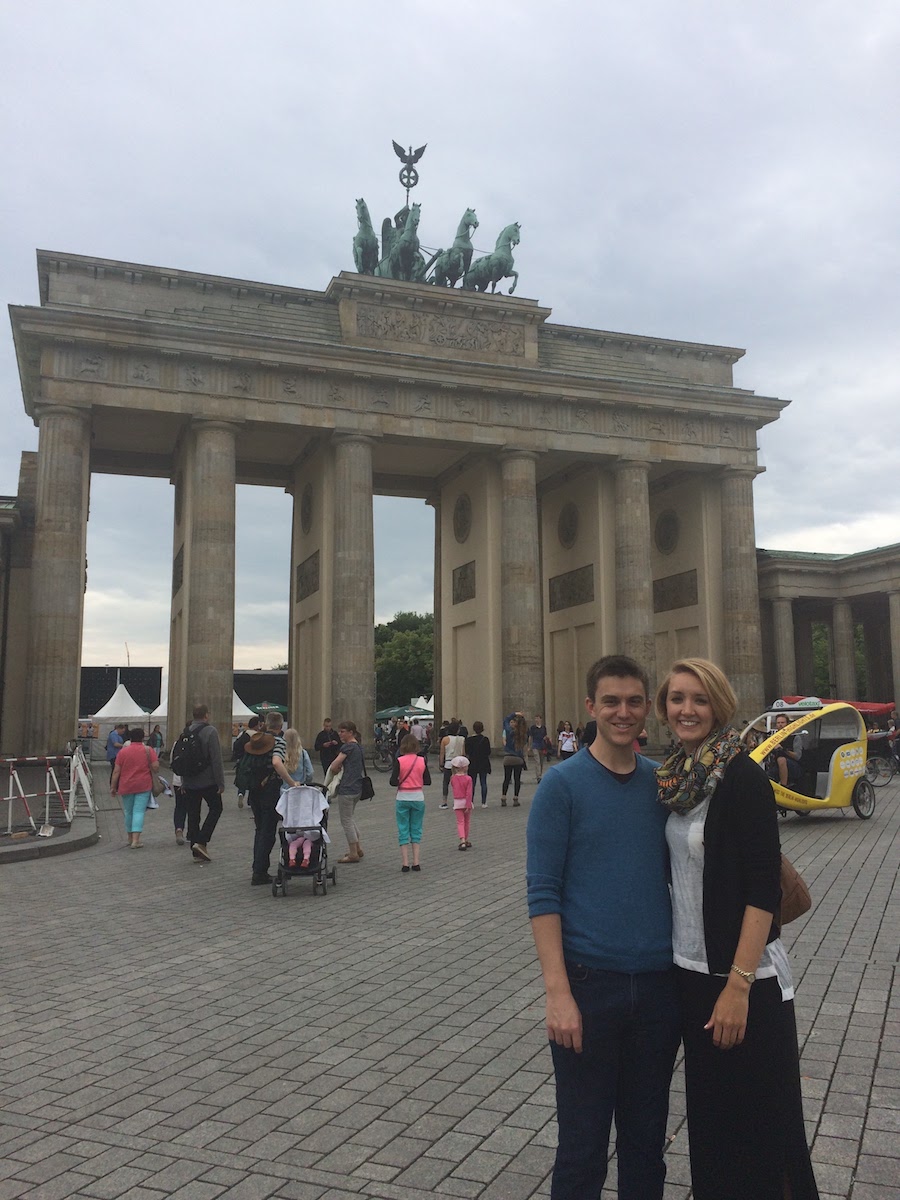 At the Brandenburg Gate.

How We Did with Our Budget in Berlin

For our time in Berlin, we had budgeted as much as 85 USD a night for accommodations. In probably the closest margin we’ve had, we were 30 cents over budget for our Airbnb on the border between Wilmersdorf and Schöneberg. The apartment was everything we needed and nicer than many places we’ve stayed lately. We had also budgeted 15 USD per day per person for food and 15 USD per day per person for entertainment. Out of that planned 60 USD total, we ended up 98 USD under budget because other than buying overpriced beer, we ate cheaply and mostly cooked for ourselves. Walking around the park also makes for a very inexpensive activity at zero USD for hours of fun.

« Prague: Central Europe with a Touch of Vietnam
Copenhagen: Exploring My Roots »