After spending a week on Koh Tao, I took the short ferry ride to Koh Phangan. Most famous for its out-of-control monthly full-moon parties, the island is pretty relaxed the rest of the month, and was pretty quiet while I was there. I did almost nothing for three days besides hang out on the beach, read, eat, and get a massage or two.

I stayed at J.B. Hut Bungalows, on a hill above Haad Yao, one of the string of beaches along the west coast of the island. The view from my bungalow was amazing, and the walk down to the beach (and back up the hill afterward) wasn’t too bad. Maybe it’s better Amy wasn’t along for this stop, as the balcony only had one hammock and I wouldn’t have wanted to share! 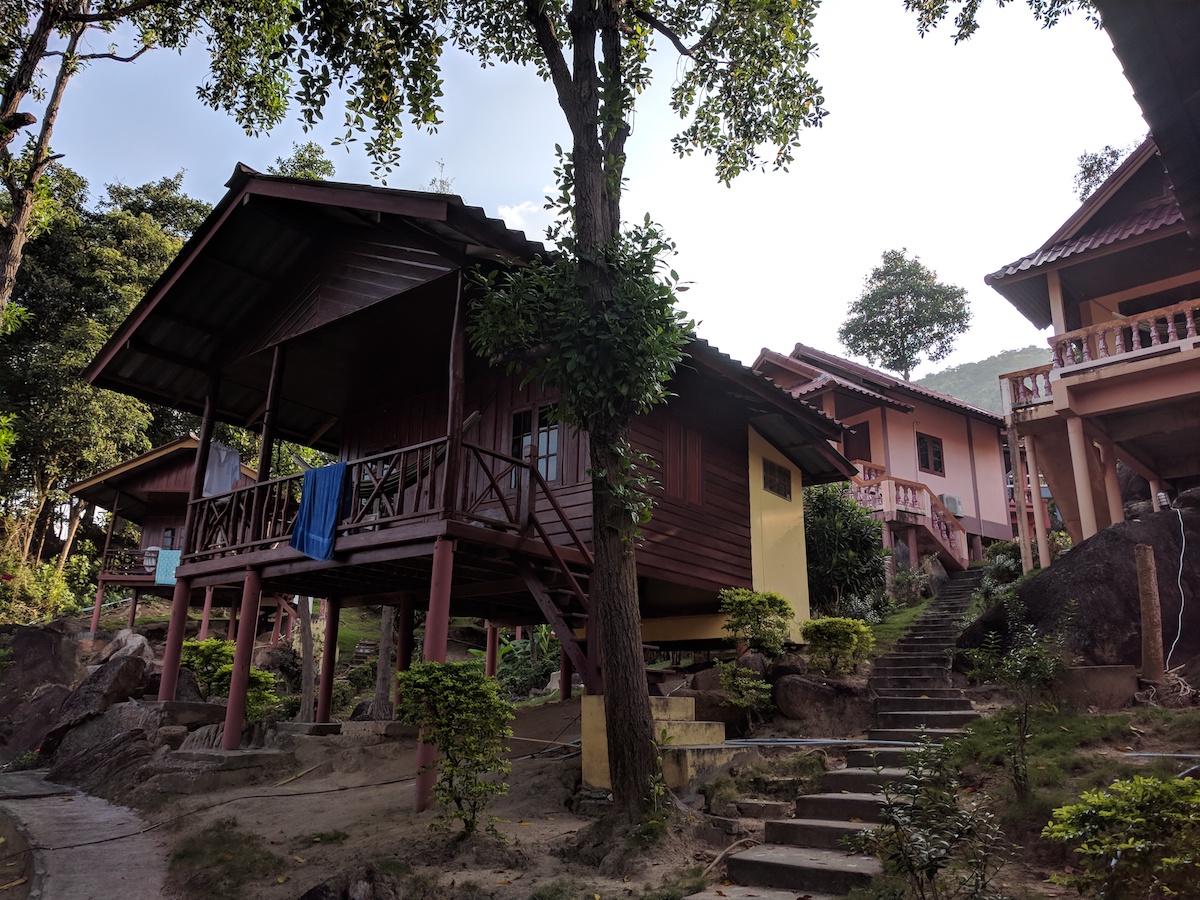 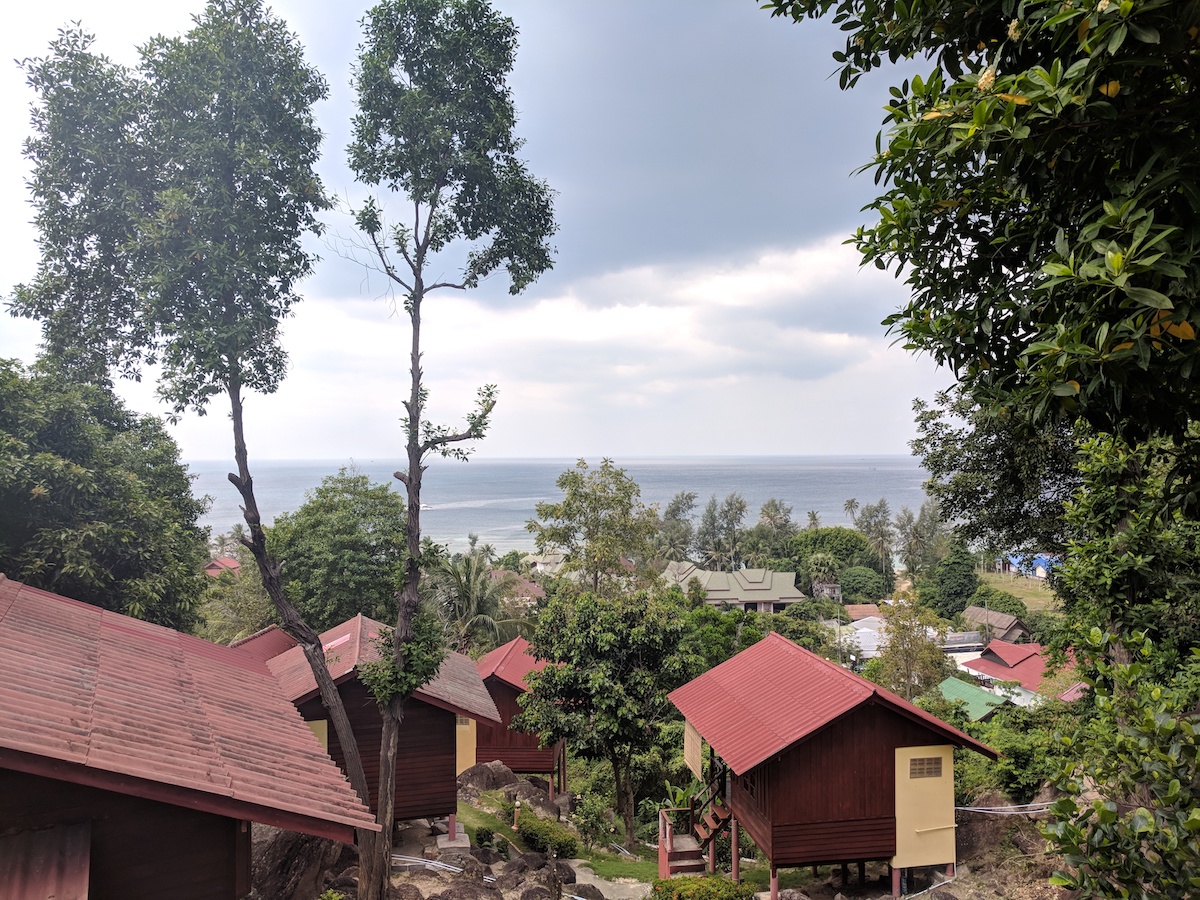 Getting Around Koh Phangan

There are three real options for getting around the island: (1) renting a motorbike; (2) taking pick-up truck songthaew taxis; and (3) walking. I skipped the motorbike, took taxis from/to the ferry pier, and otherwise got around just by walking. The west coast is hilly, but it wasn’t too bad to get to a couple of beaches and a handful of restaurants, which is all I needed. If I were staying longer or had been more antsy to really explore I would have had to rent a motorbike, but would have been pretty nervous riding it on the sharp, sometimes sandy, turns. 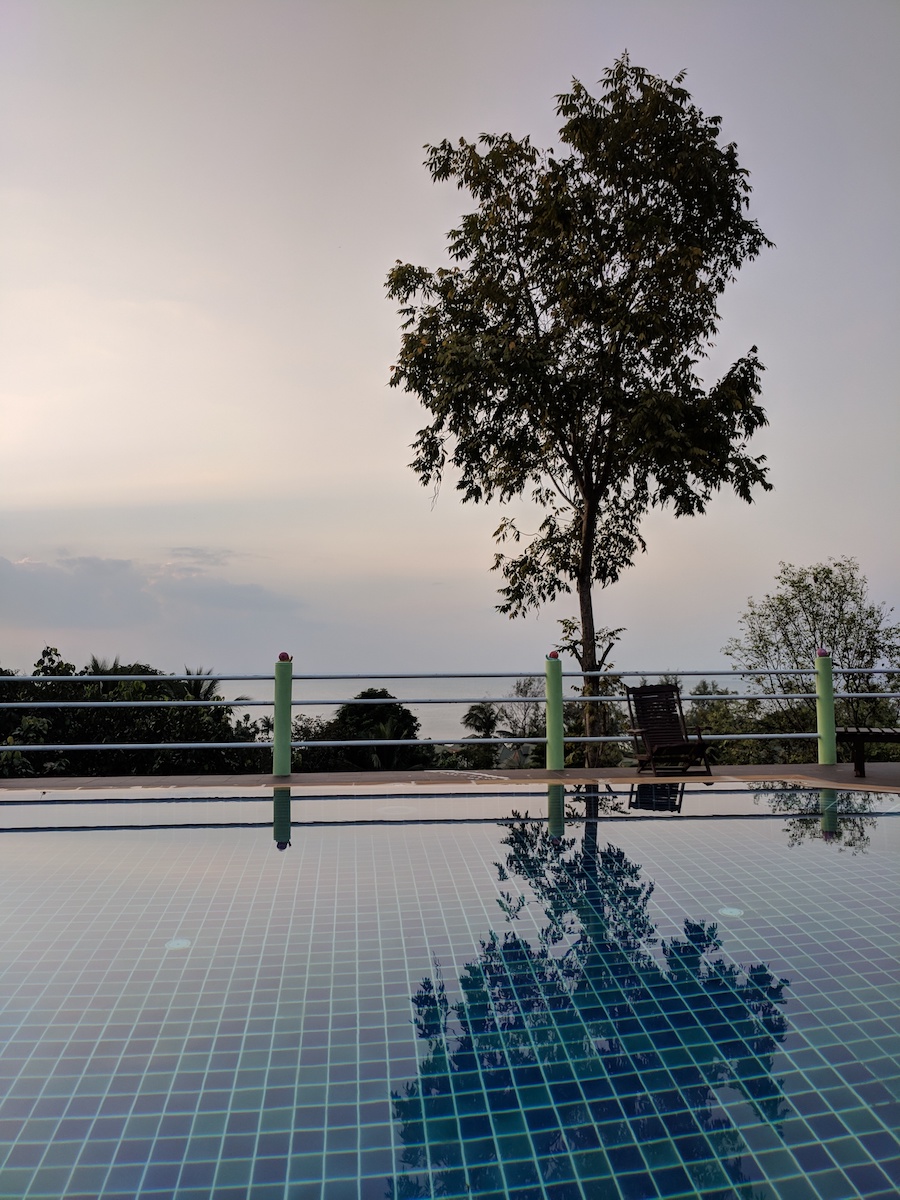 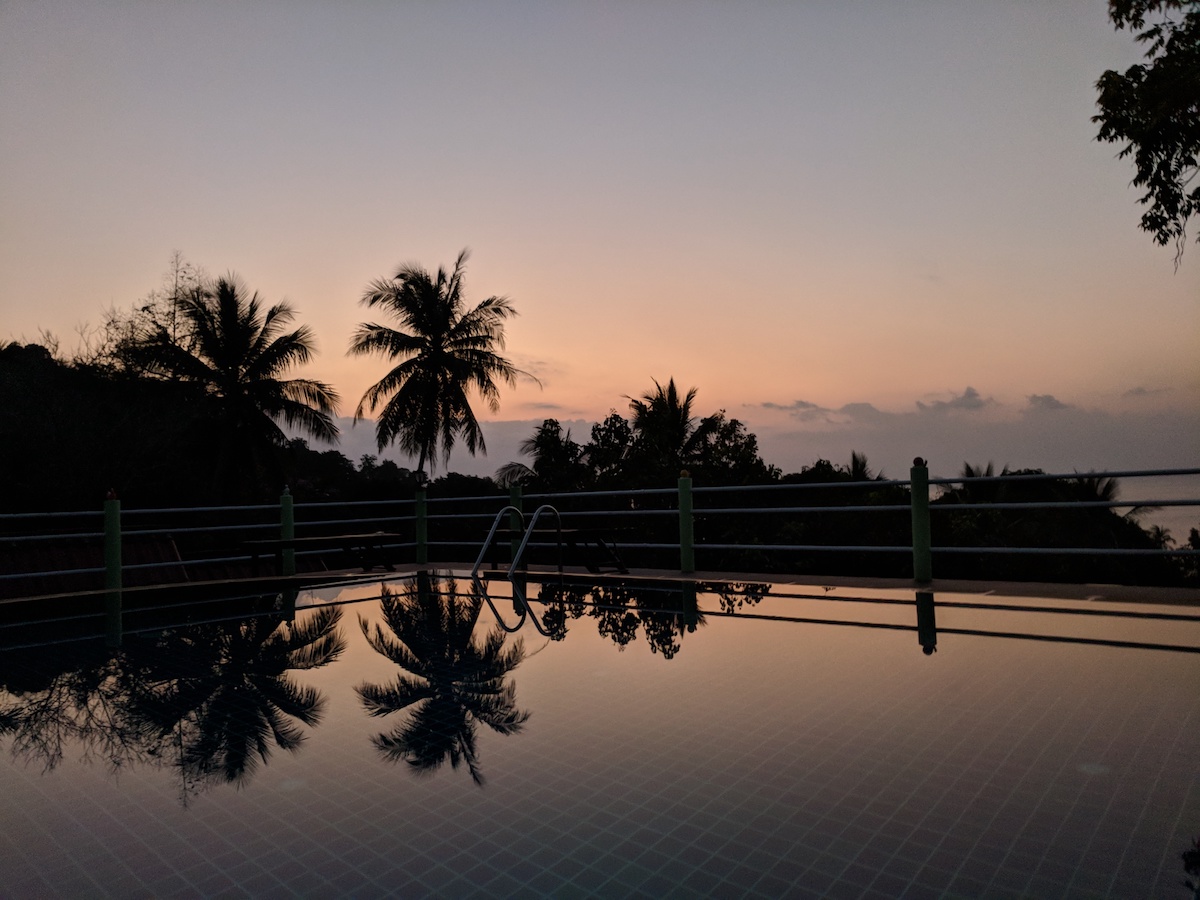 Who needs a motorbike when you can hang out at the pool instead?

I stayed in the Haad Yao (Yao Beach) area and spent most of my beach time right there. It has a nice strip of sand almost half a mile long, and pretty clean. The swimming isn’t great as not far offshore there are a lot of ocean plants, but there is room enough to cool off and float around a bit. With a 7-11 on the way to the beach and then a number of small hotels, their restaurants, and quite a few little massage huts along it, its easy to refuel when needed, too.

The only other beach I visited is the Secret Beach, which isn’t too much of a secret anymore. I was only there for a couple hours, but the whole time I was it was packed, and no nicer than Haad Yao, except maybe that it would have a more straight-on view for sunset. With just one resort its less convenient too. 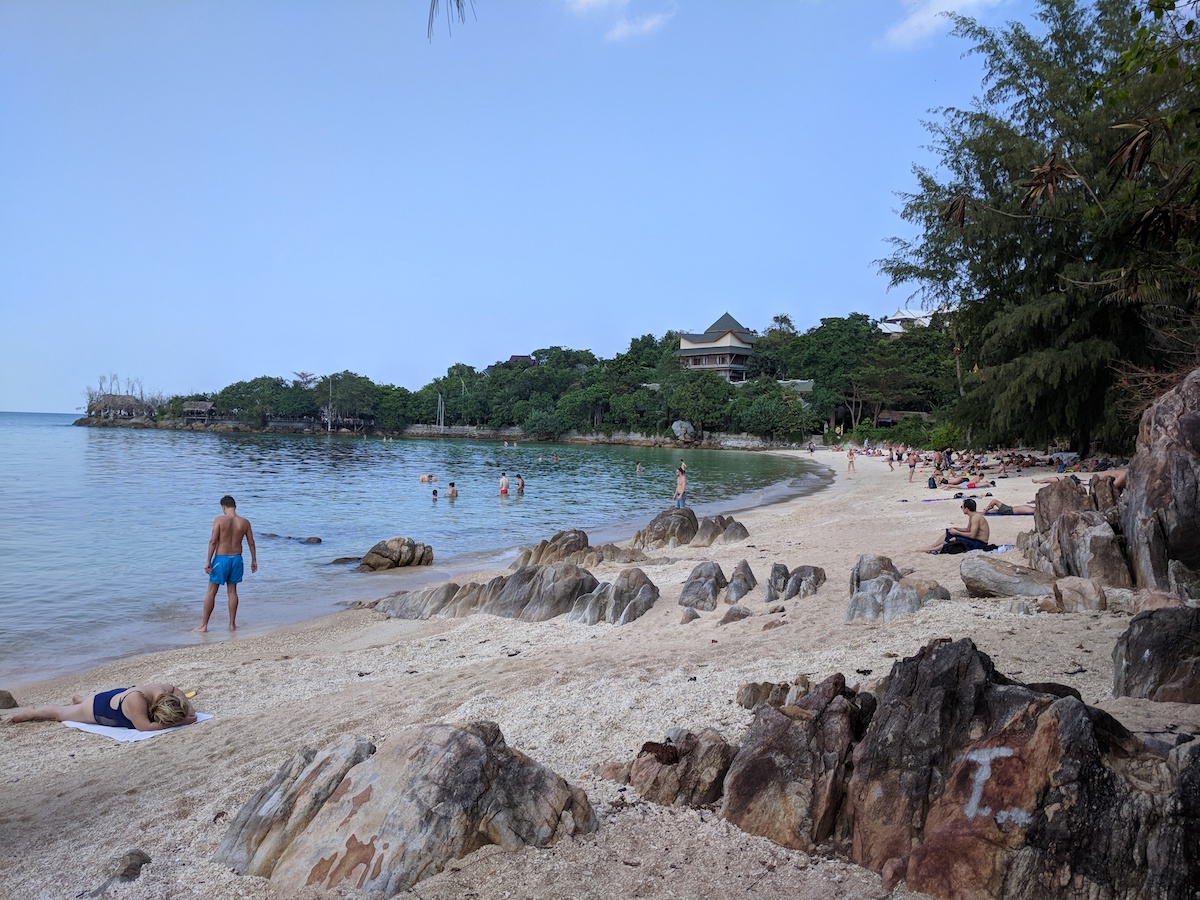 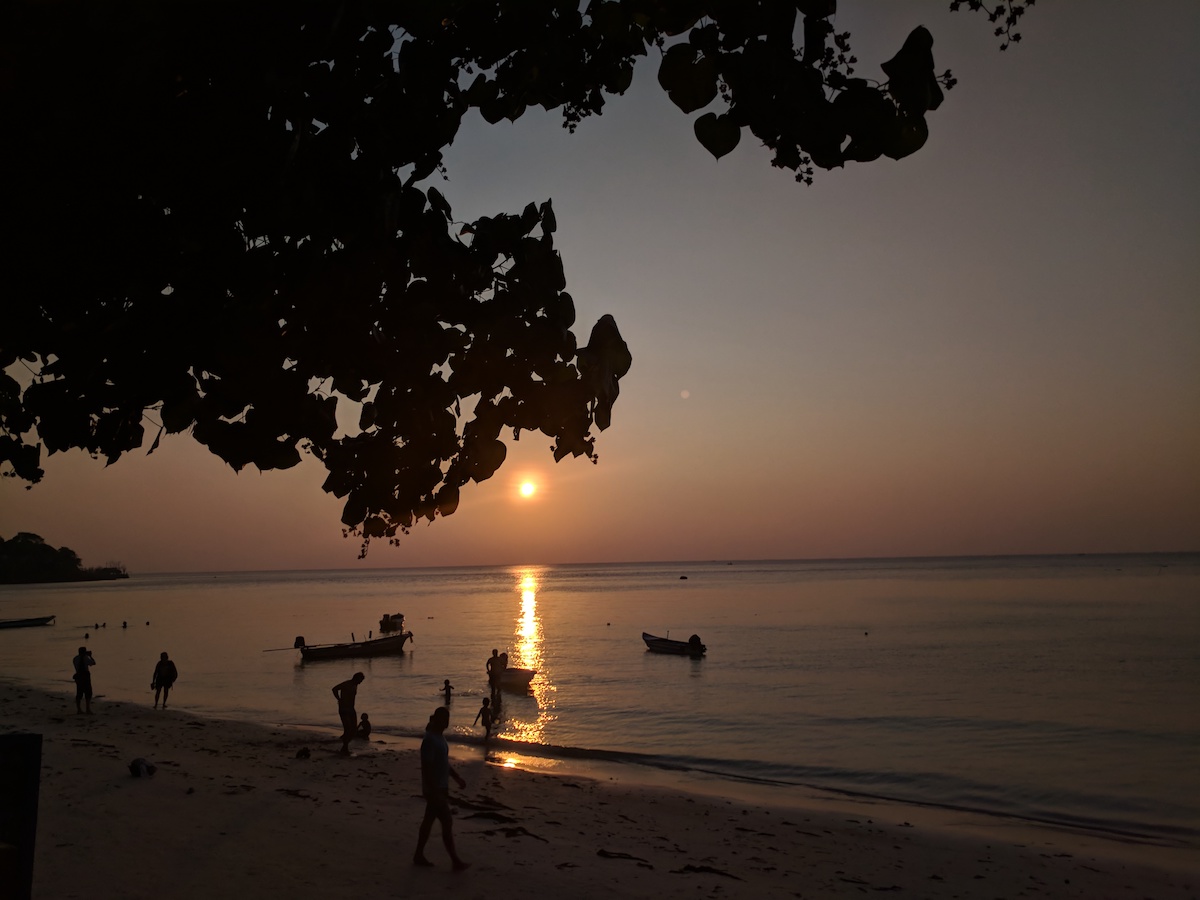 After the wonderful find that was 995 Roasted Duck in Koh Tao, I was a bit let down by the food options in the Haad Yao area. Granted, if I’d had a motorbike I could have gone further to find meals, but right around where I was there wasn’t much besides tourist-facing restaurants serving a generic mix of bad Thai and western food. The one bright spot was 9 Million Restaurant on the cliff overlooking the ocean. Seemingly run entirely by one man and his daughter, they had some of the better noodles I’ve had in Thailand, a wonderful view to go with it, and better prices than anywhere near the beach itself. 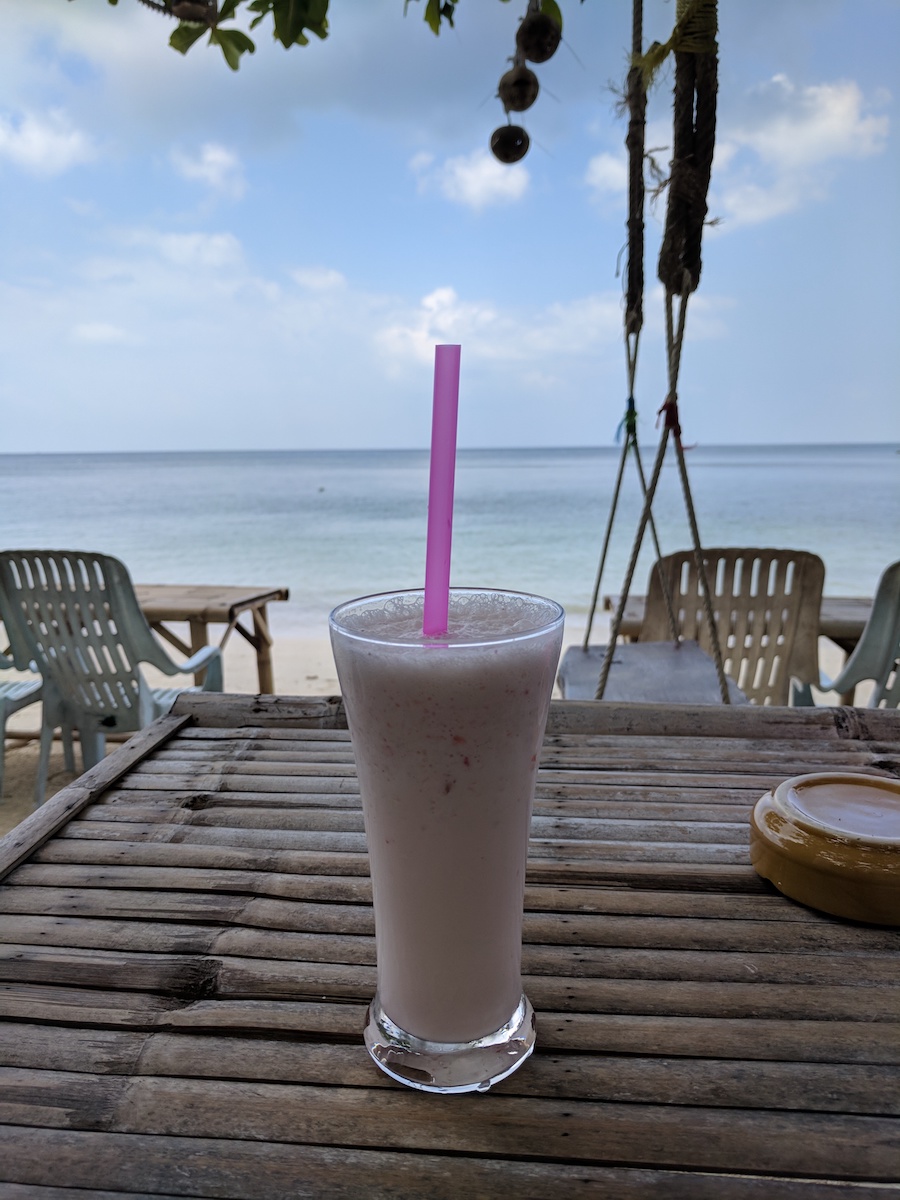 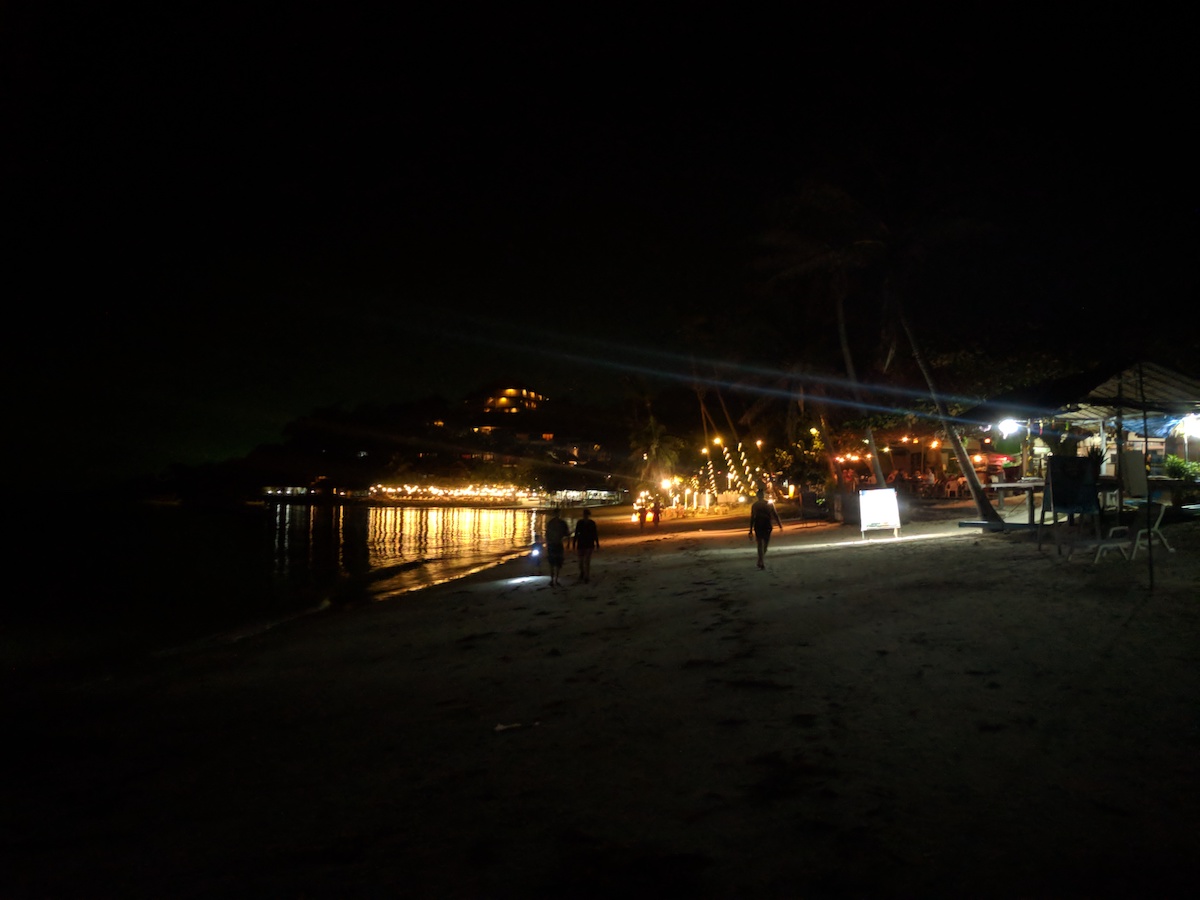 How I Did with Our Budget

For my time in Koh Phangan, we had budgeted as much as 42 USD a night for accommodations, since there was a chance Amy would end up joining me if she either wasn’t able to start her retreat or had to leave early. I ended up spending only 33 USD a night, even after splurging on the option to have air conditioning in my bungalow. We had also budgeted 8 USD per day per person for food and 10 USD per day per person for entertainment for our time in Thailand. Out of that planned 18 USD per day for just me, I ended up spending 25 USD per day on average, though nearly half of that was taken up just by my onward ferry (17 USD) and my on-the-beach massages (25 USD total for two). 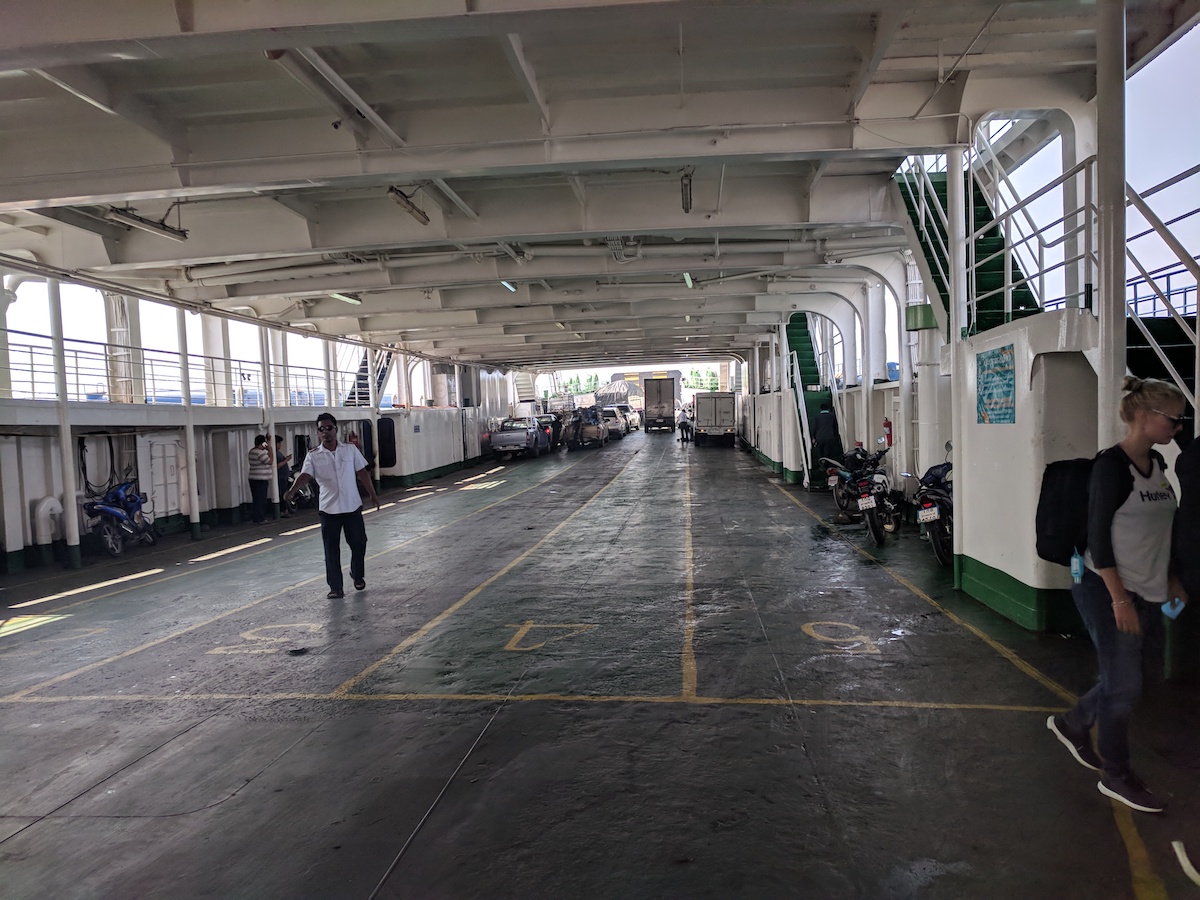 Headed back to Surat Thani by car ferry.