The Street Art of Valparaíso: Is it more than just graffiti? 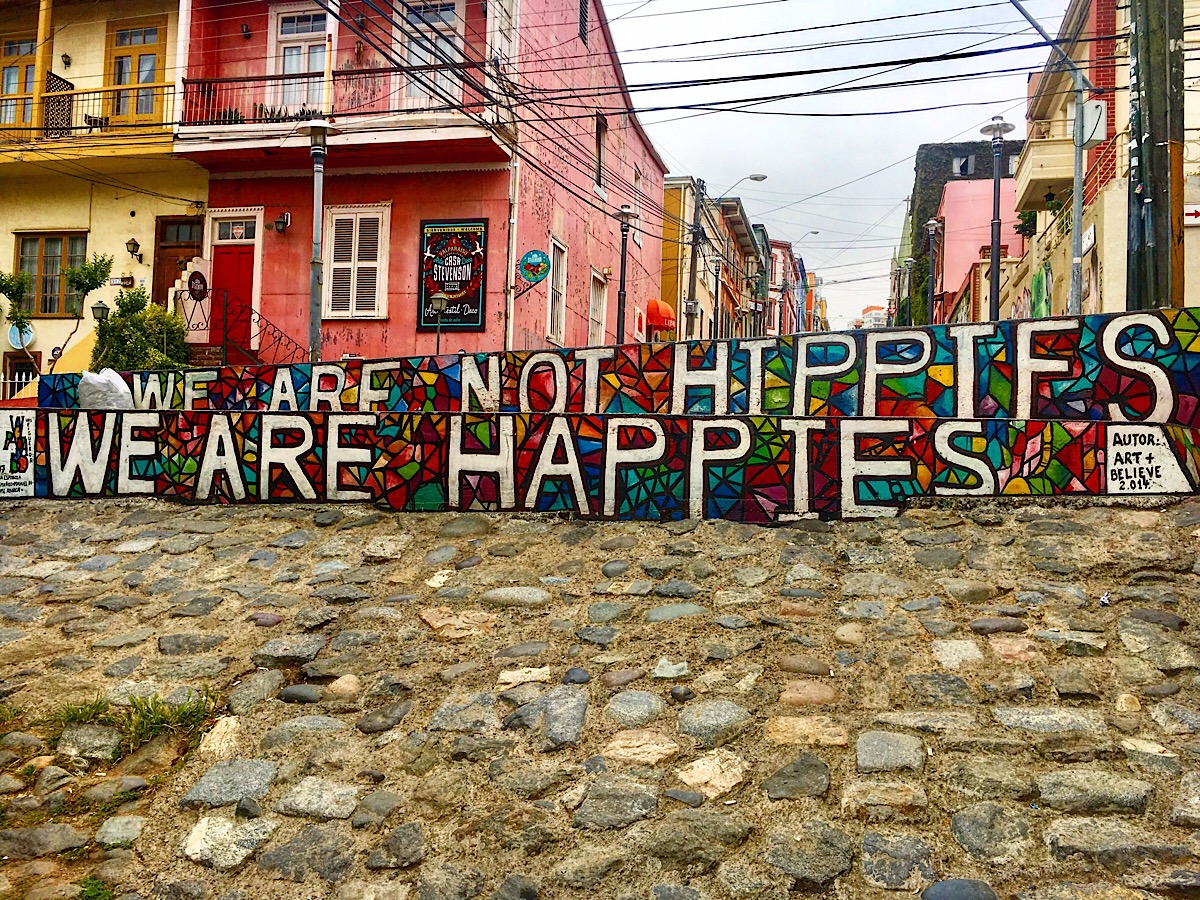 A sneaky piece, hiding on stairs in Cerro Concepción. The artist are [Art+Believe](https://www.instagram.com/artbelieve/).

We spent a few days exploring Valparaíso and street art, murals, graffiti, or tags are everywhere. From what we learned from our walking tour guide and the blog posts I read before arriving, street art really boomed during the Pinochet dictatorship. Freedom of expression was limited and speaking out against the junta was very dangerous and so the anonymity of street art was an outlet. Even this form of protest was very dangerous though, as getting caught could have been deadly.

Today those threats have faded but street art continues to flourish. Whether it is always appreciated by the owners of the buildings turned canvas, is hard to say but my guess is probably not. Still, it is undeniable that some of the artist have gone far beyond tags and vandalism to create really beautiful pieces. 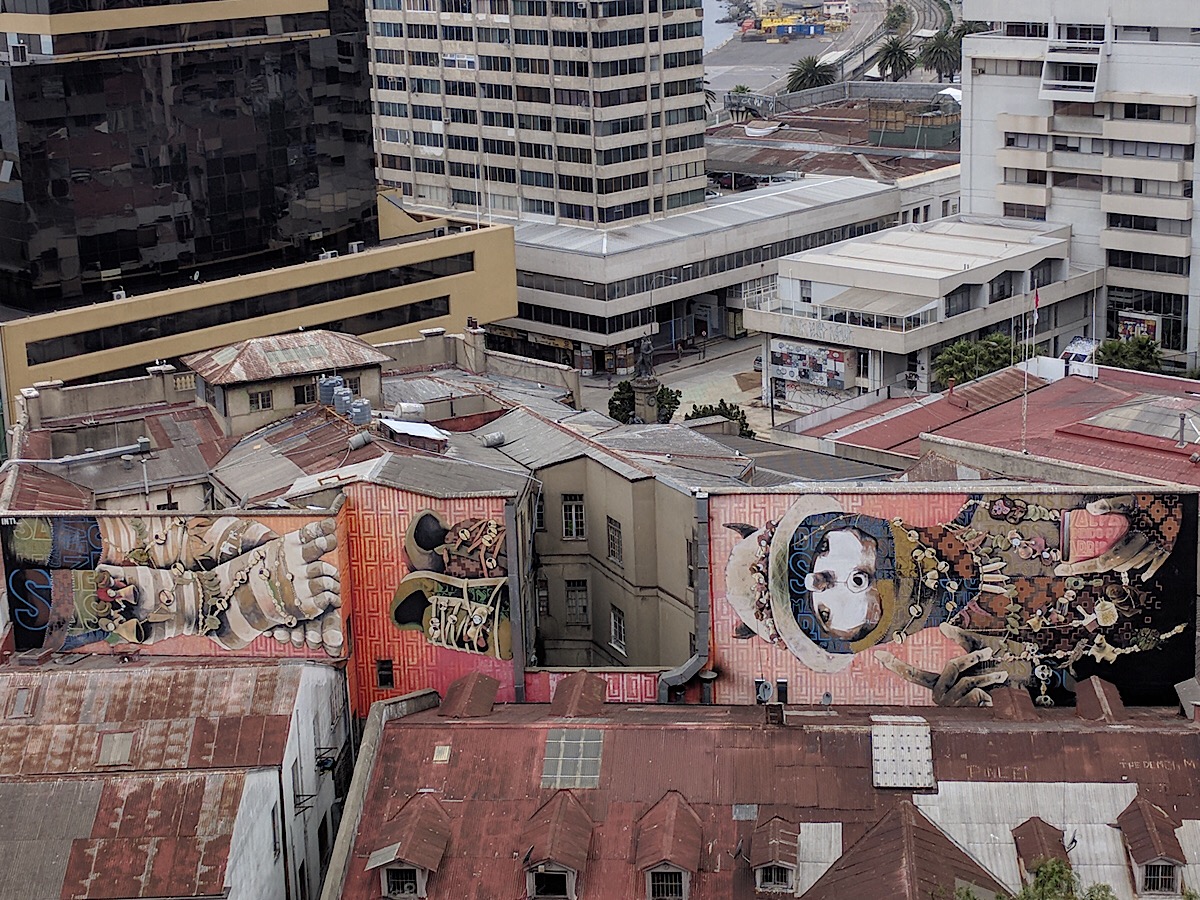 View of the INTI mural from the viewpoint on Cerro Alegre.

The father of street art, in Valpo and other cities around the world, is apparently INTI. I didn’t know anything about his work before we arrived but I to say it is impressive. His is far beyond the scale of most murals around the city and the complexity is undeniable. 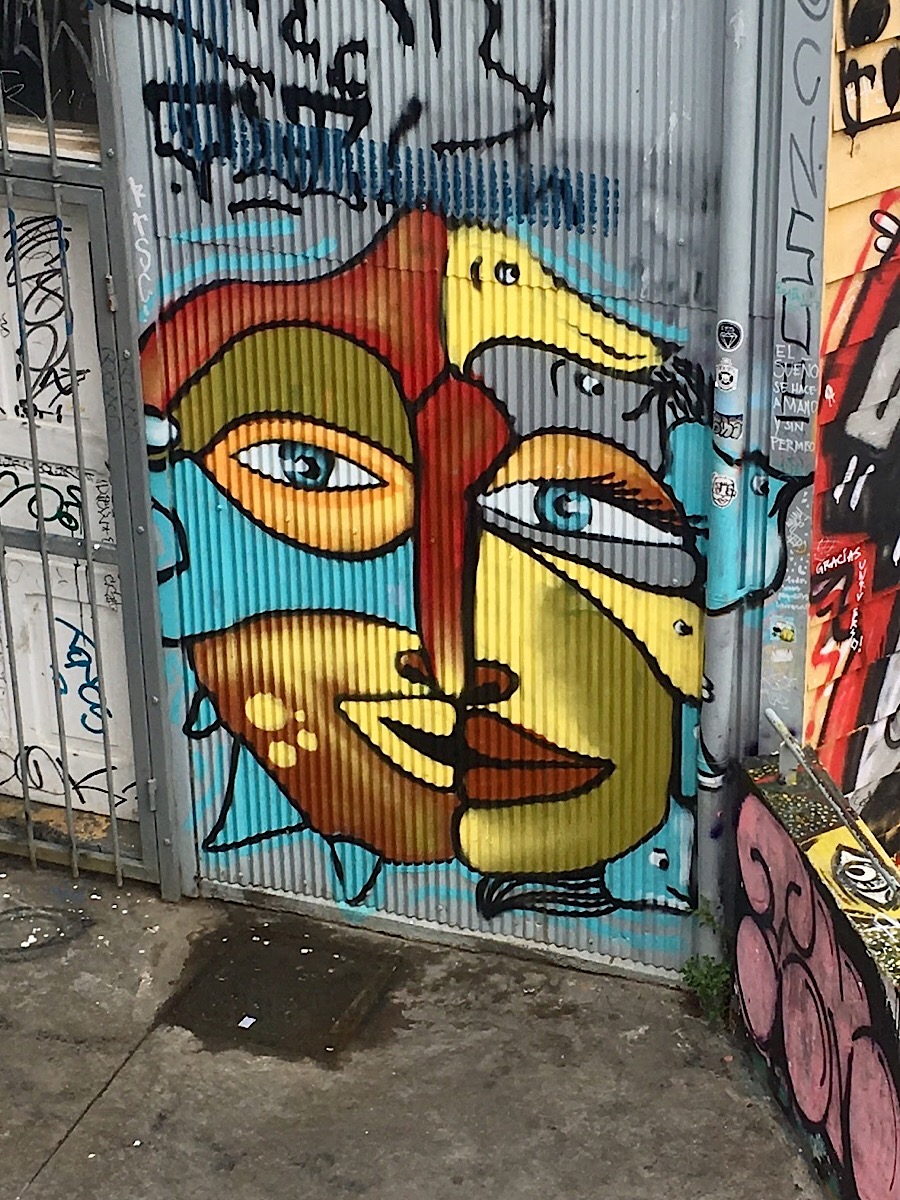 Two artists that call themselves Un Kolor Distincto were probably my favorite and yet I was apparently so busy enjoying their work that I failed to take photos of it. Some of their most recent work is to paint large murals on the sides of apartment buildings to represent the seasons. They still have to finish summer but seeking these out is will worth your time. You can also check out their Instagram for even more of their work. 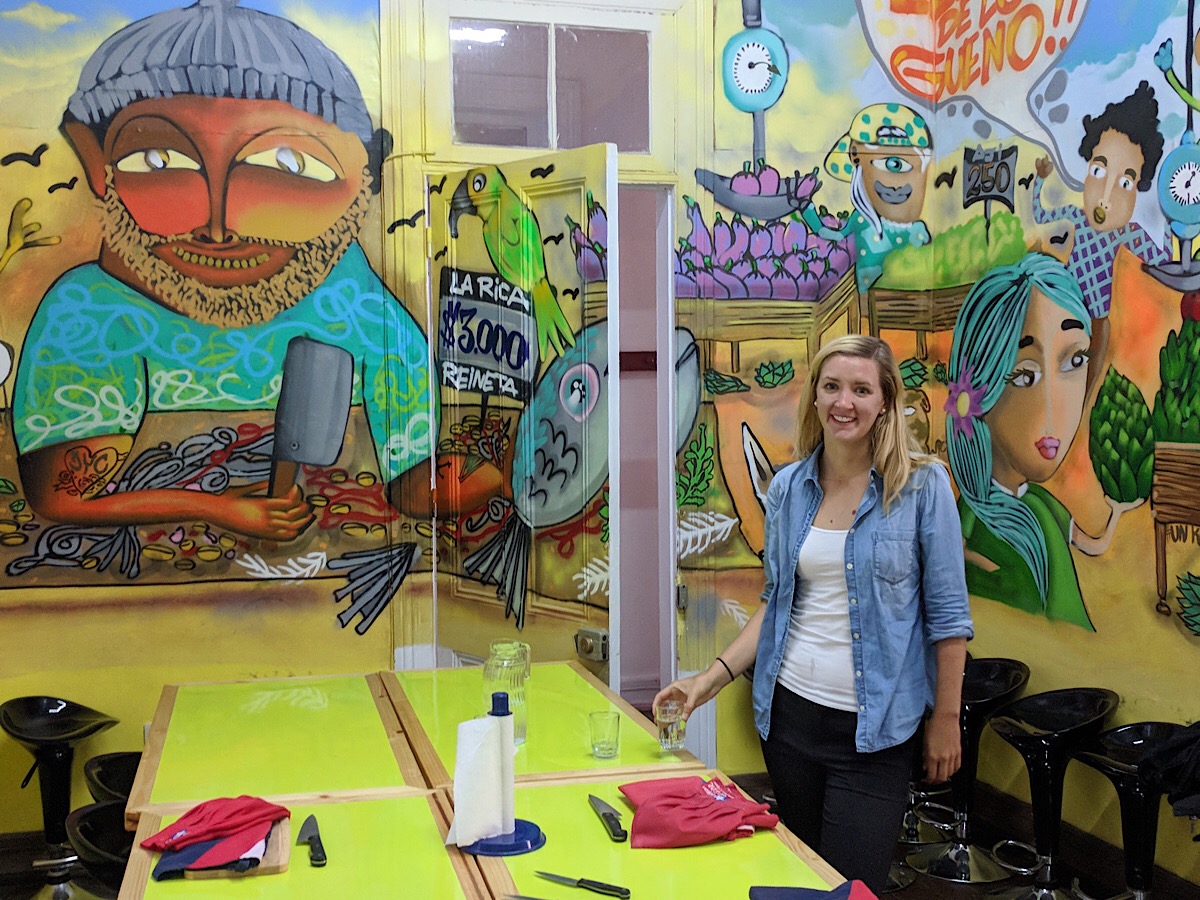 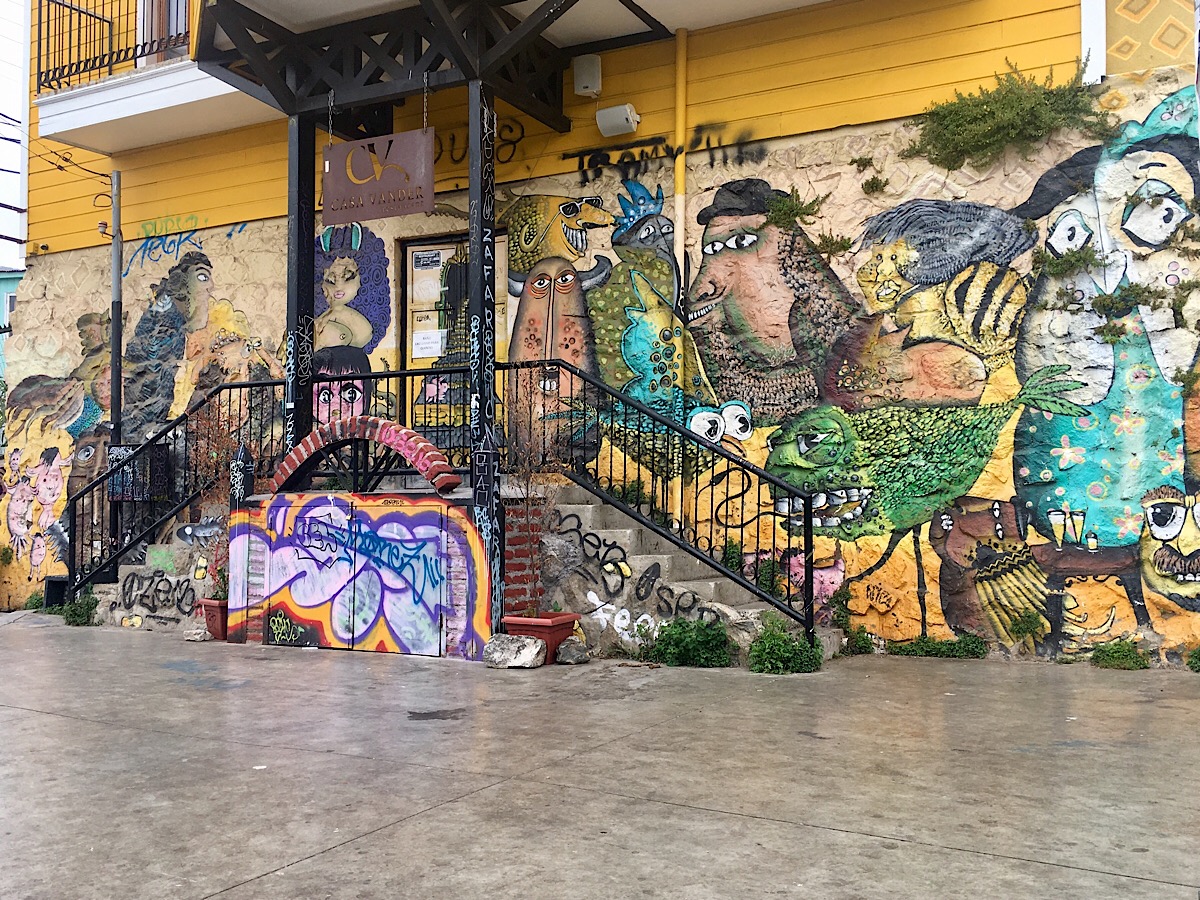 One larger piece I captured was the collection of cartoon animals that can be found at the top entrance/exit of the Reina Victoria funicular. It commemorates the cartoons of Lukas, whose work can be viewed in a museum in Valparaíso the animals in the mural have taken on human characteristics that happen to fit with the slang used in Chile that is heavy on animal references.

There was also a piece they created in the kitchen of our cooking class! 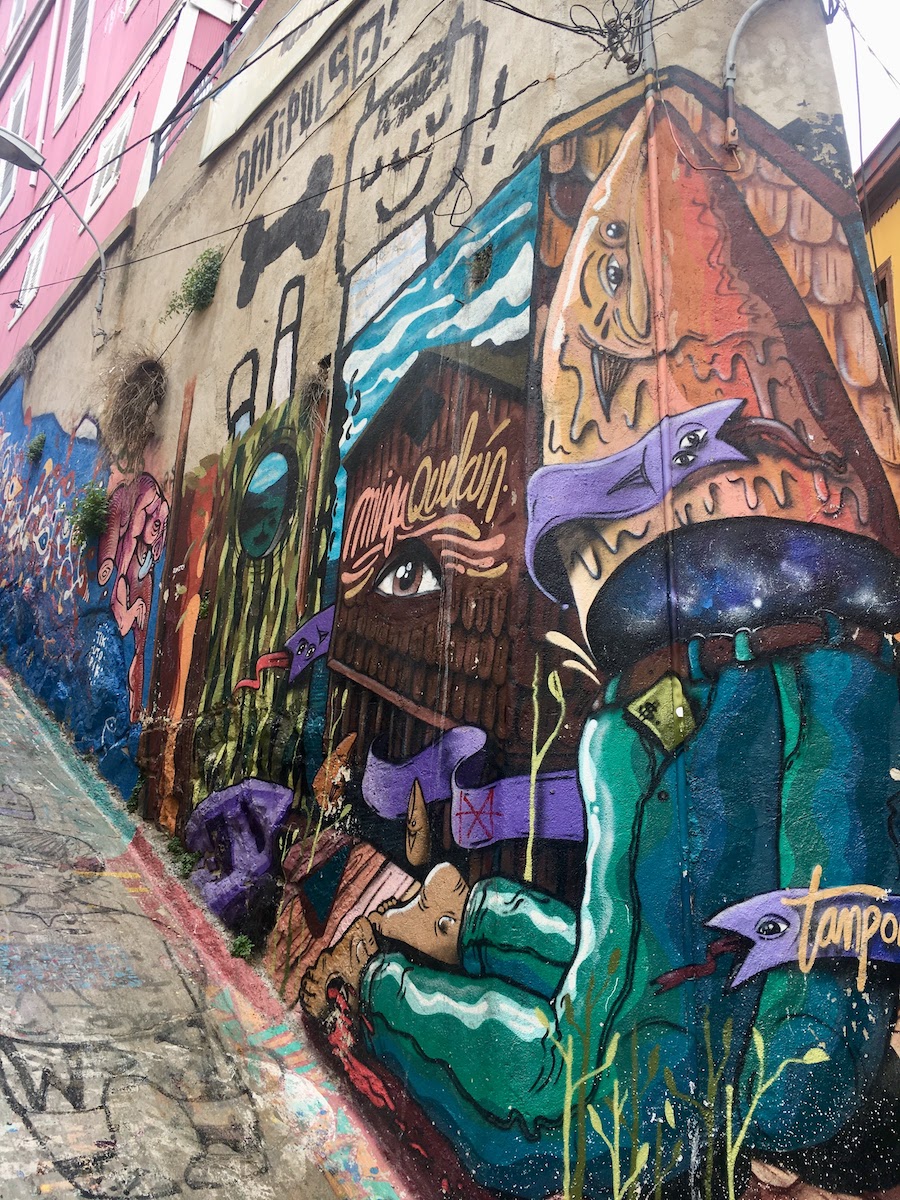 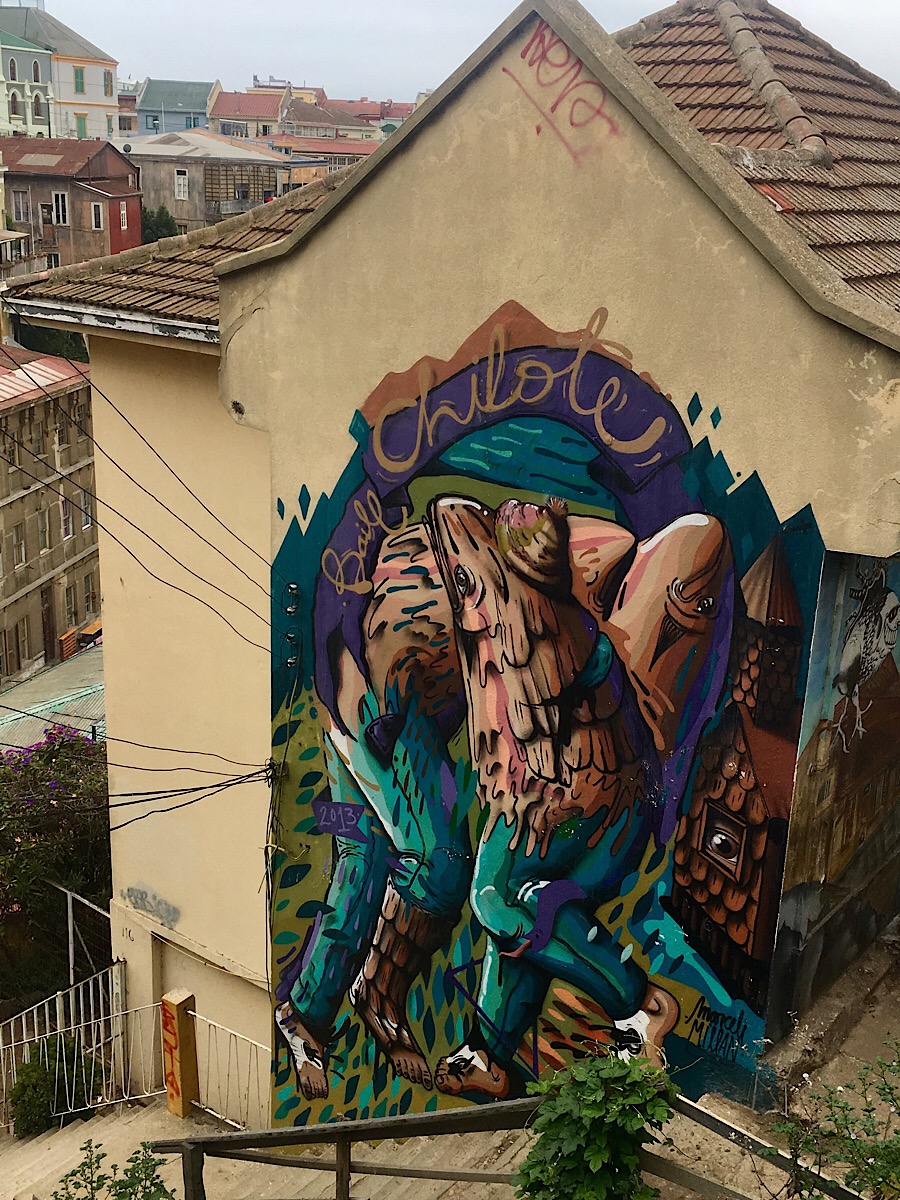 Another artist that is making a statement in Valparaíso is Daniel Marceli. One of the images he works with, and can be seen around Cerro Alegre and Cerro Concepción, is fish. Specifically he is commenting on the privatization of the ocean and the areas for fishing in Chile that have provided ample returns for a couple of companies but limited opportunities for local and indigenous fishmen. 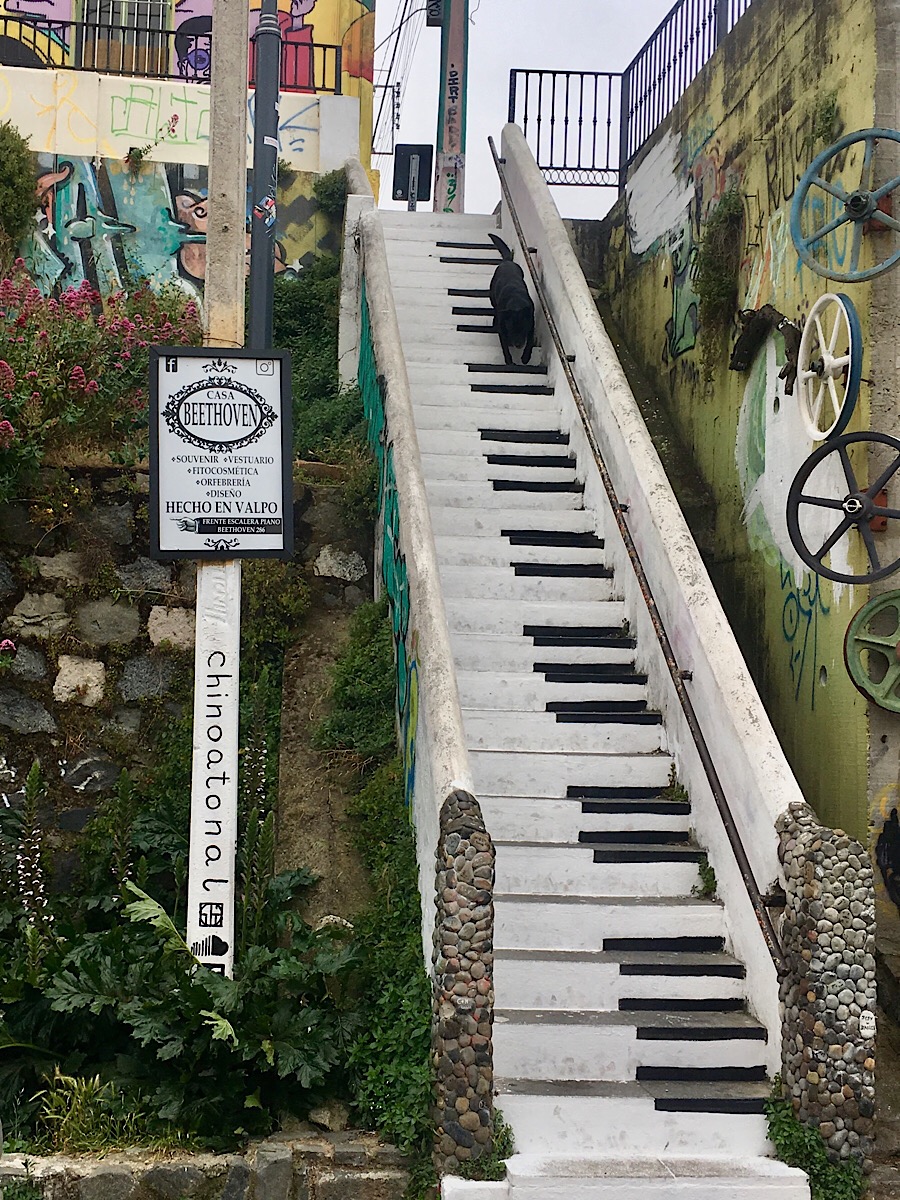 For most of the street art in Valparaíso, I have no idea who created it but every surface is open as a canvas. If you don’t keep your eyes open and pay attention you’ll miss it. Even staircases are used for murals. The Beethoven Stairs are almost as famous as the “We are Hippies” stairs. I almost missed them and didn’t know how popular they were until our tour guide informed us. Consider yourself informed. 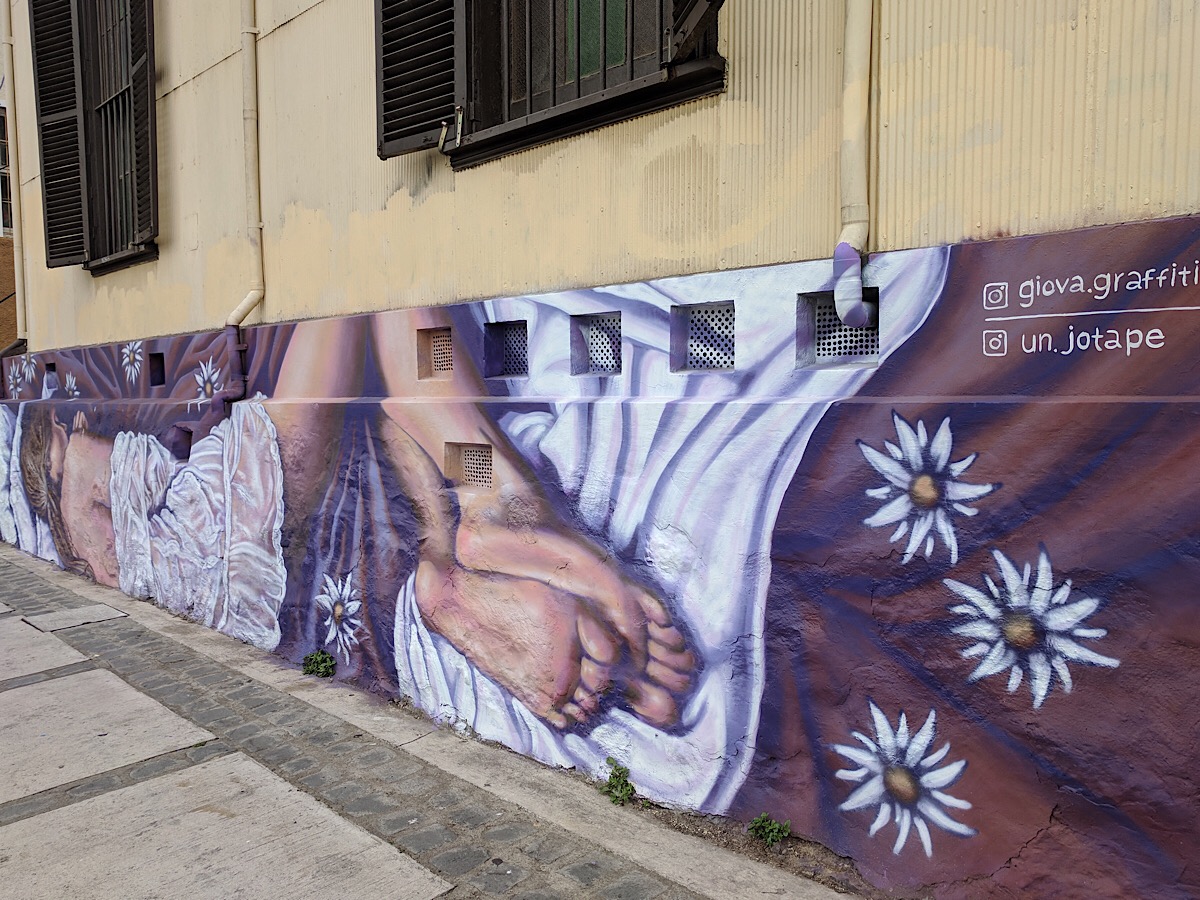 The woman sleeping in the first mural was done by GIOVA, who apparently works not just with spray paint but rollars and brushes as well to create beautiful pieces. This one we came across was quite new and still very vibrant. 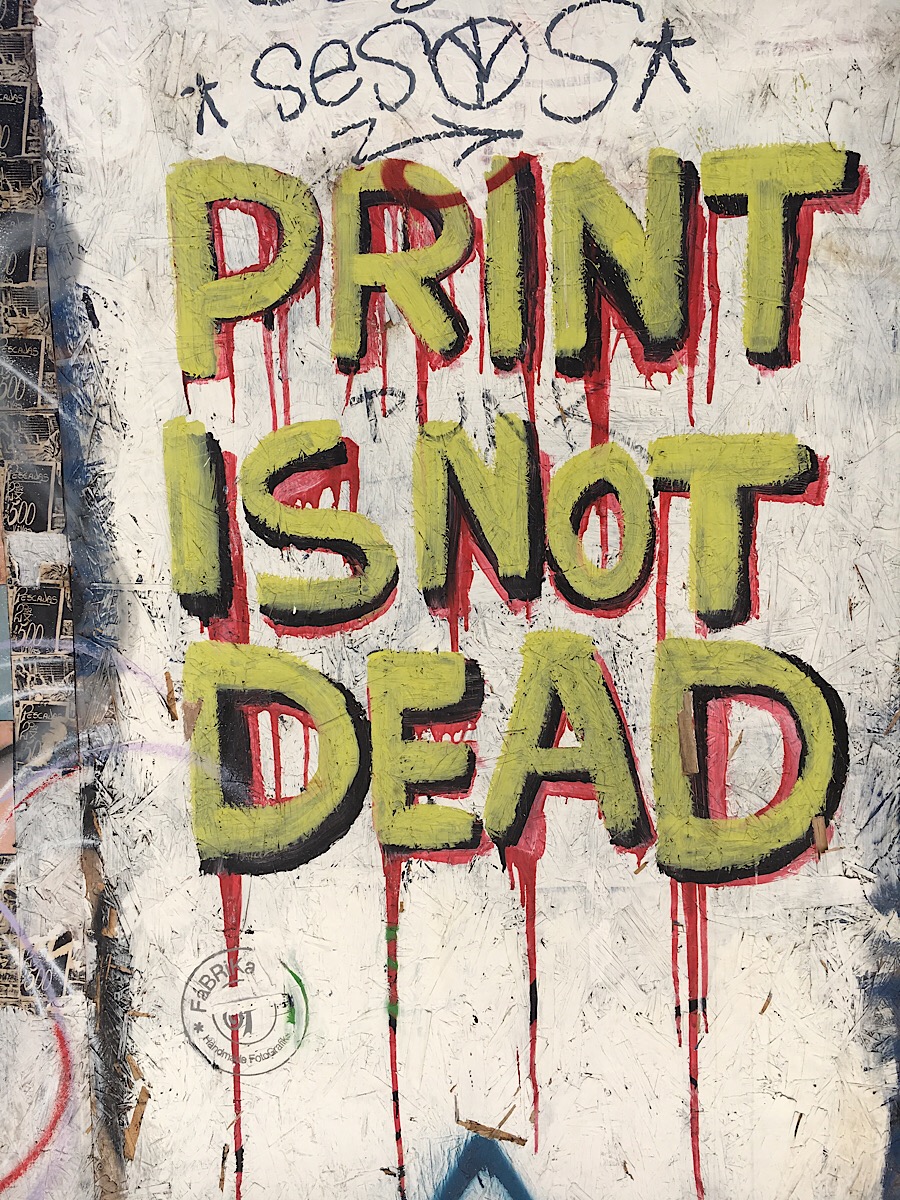 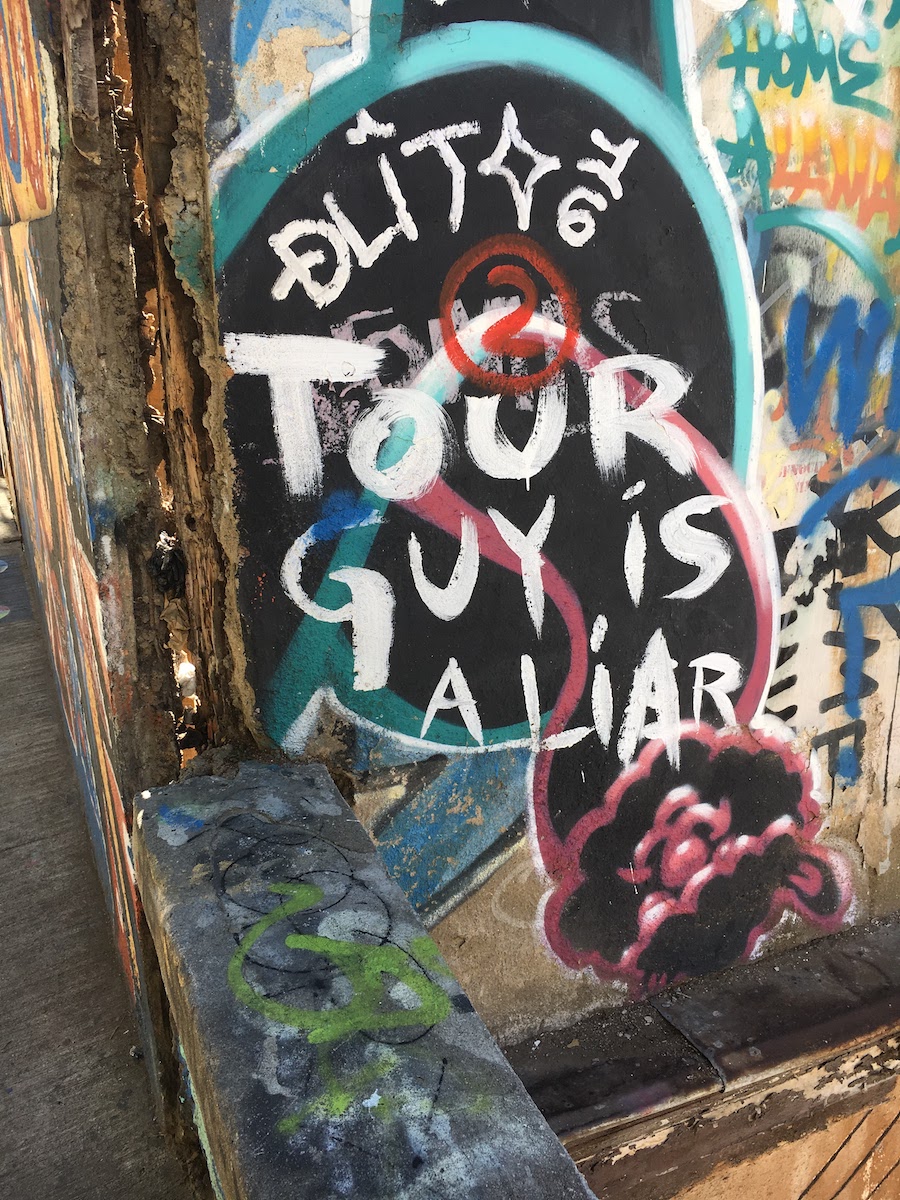 Beyond the intricate murals, there are also slogans and tags, may quite political. I particularly enjoyed the irony of our tour guide pointing out the “Tour guide lies” graffiti as we passed. Whose version of Valparaíso is true? My guess is it’s a little bit of both. 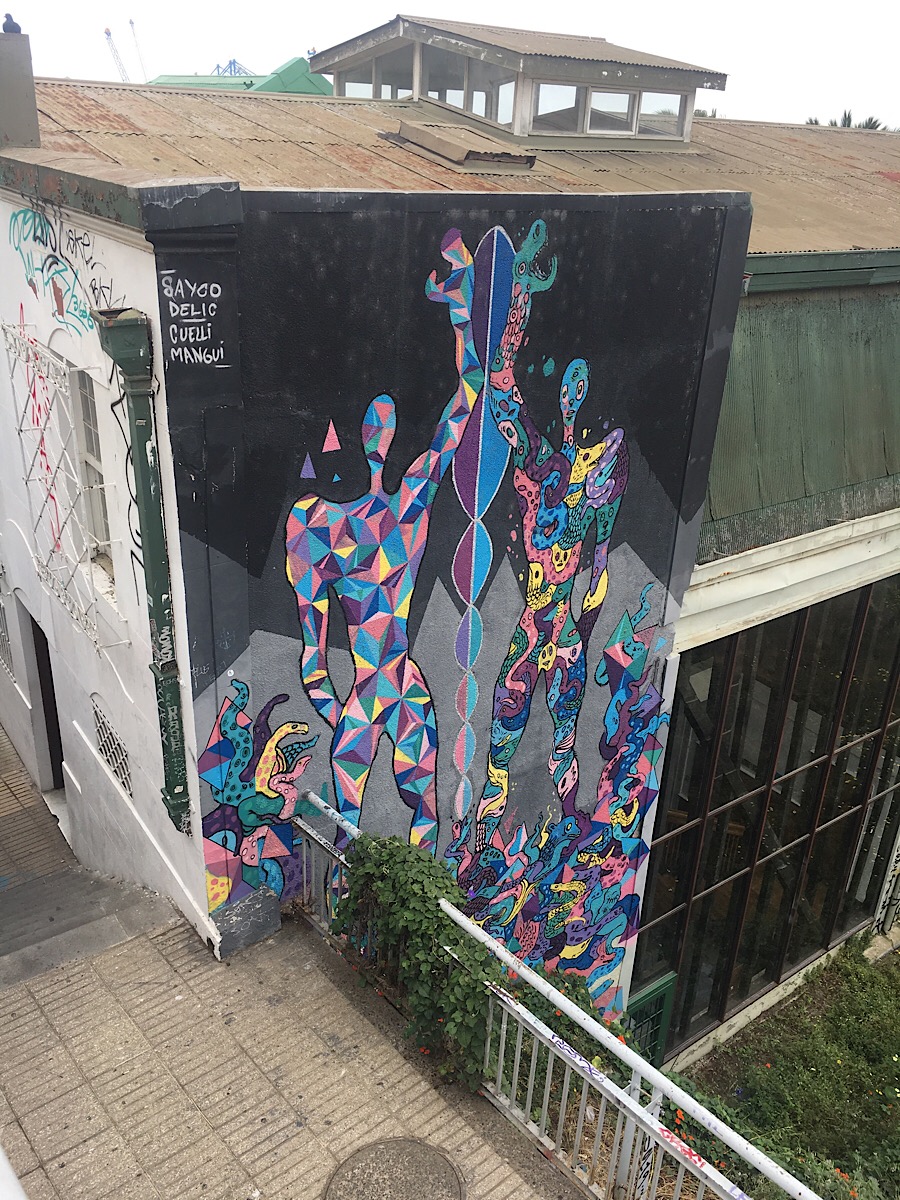 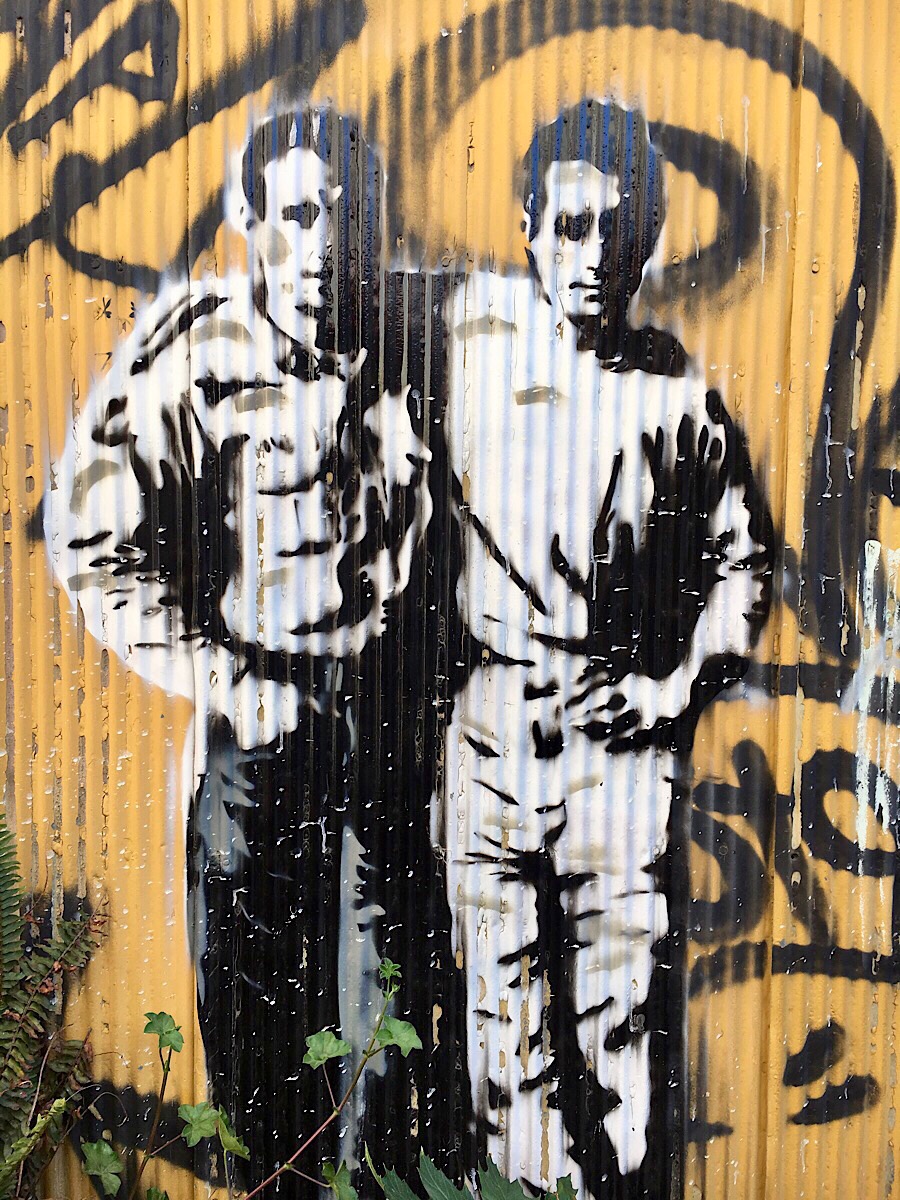 You can learn more about the street art in Valparaíso from this travel blog that I found really helpful before visiting as well. 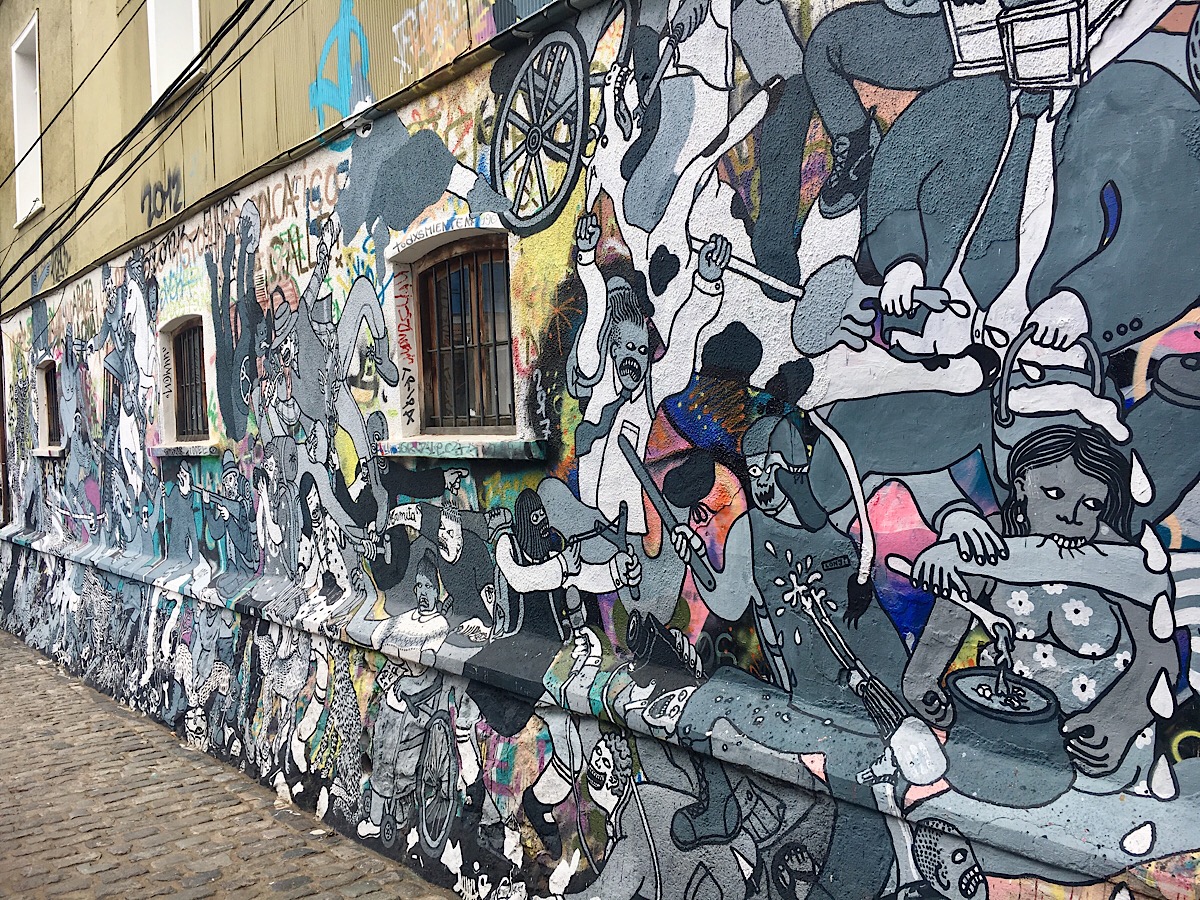 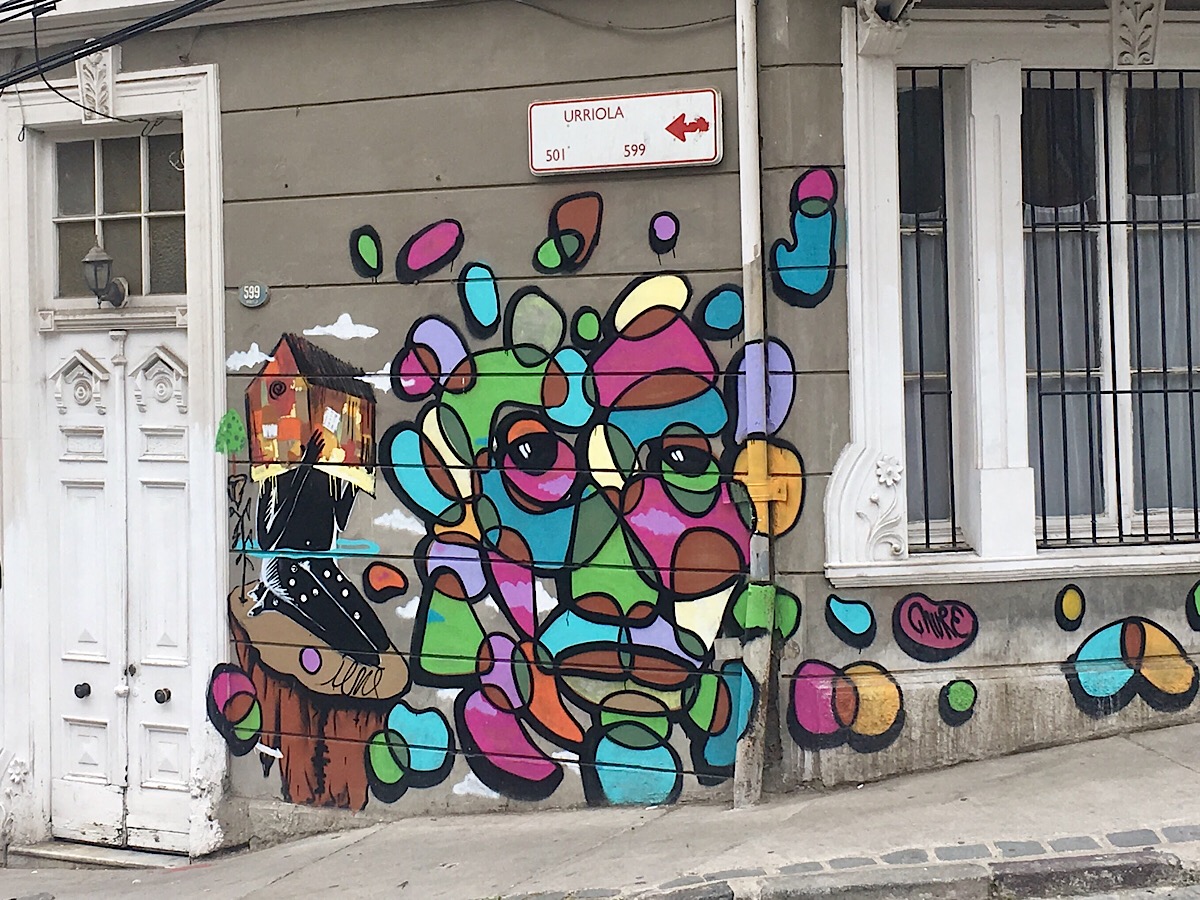 « Valparaíso: Chaos and Color
Santiago: Space to Relax and Recharge »